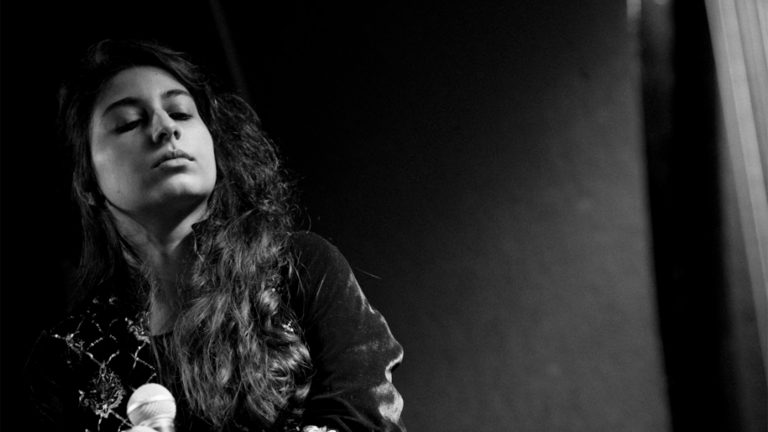 Vocalist Arooj Aftab’s soulful yet highly underrated voice has not received mainstream attention in Pakistan. The vocalist however is now identified and nominated by the Grammy itself!

The Best New Artist category according to Grammys, “recognizes an artist whose eligibility-year release(s) achieved a breakthrough into the public consciousness and notably impacted the musical landscape”. Arooj has a wide variety of beautiful songs and she surely is a rising talent.

Arooj, who has 3 massively under rated albums to her credit, received a large amount of appreciation for her music. She received international appreciation, when her song ‘Mohabbat’ was on Barack Obama’s summer list. With this Grammy nomination, Arooj became the only Pakistani nominate in the ‘best new artist’ category.

Arooj Aftab sure is highly under rated, but is not new to awards. Arooj throughout her career have won several awards. The vocalist, just last year won a Latin Grammy in the best rap or hip-hop category. She also bagged a Student Academy Award for her music composition in award winning short film ‘Bittu’.

Born in Saudi Arabia, Arooj shifted back to Pakistan with her family when she was just 11 years old. Arooj then spent a good amount of time in Lahore. It was during her time in Lahore that Arooj got into music and taught herself guitar. She then worked on her voice and started uploading her covers on the internet. People also regard Arooj as the first Pakistani musician to promote herself on the internet.

Arooj moved to the United States in 2005 and studied at the Berklee College of Music. After completing college, she shifted to New York where she has lived since then.

Soon after Grammy released its list of nominations, Arooj started receiving a huge amount of heartfelt congratulations for her nominations. Celebrities including famous singers and actors all came out and congratulated Arooj on her nomination and wished her the best of luck.

Pakistani Singer ‘Hadiqa Kiani’ on her Twitter wrote “Yes!!! Our very own @arooj_aftab has made music history by being nominated by the @RecordingAcad for Best New Artist. This is a very proud moment for our nation. To celebrate, listen to Arooj’s tracks on her YouTube”.

Others musicians including Fakhr-e-Alam, also congratulated Arooj for her nomination.