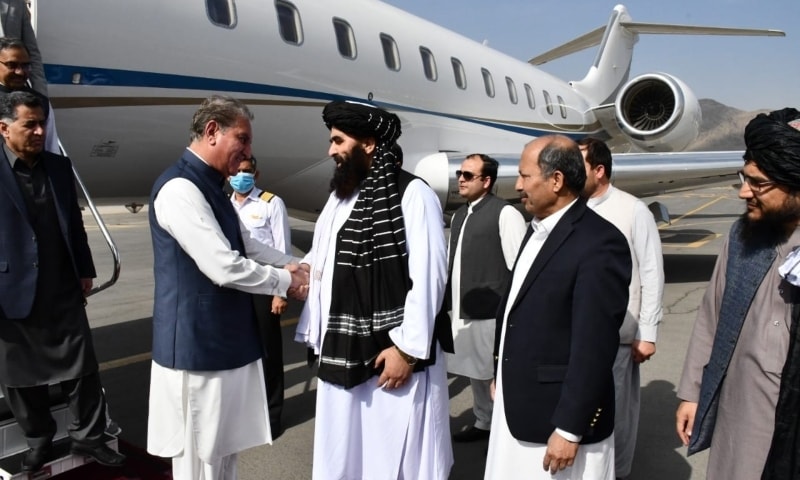 “If they need medicines at hospitals or whatever else their priorities are. They will tell us and we will be ready to give them humanitarian assistance in-kind” said Pakistan foreign minister

After his day long visit to Kabul, Pakistan Foreign Minister ‘Shah Mehmood Qureshi’ talked to media about his visit. During the press conference, the foreign minister announced a humanitarian aid worth 5bn rupees to Afghanistan. Qureshi, regarding the aid said that ” If they need medicines at hospitals or whatever else their priorities are. They will tell us and we will be ready to give them humanitarian assistance in-kind”.

The Foreign minister while describing his experience said that the Afghan Government are thankful towards Pakistan for helping Afghanistan in times of need. Talking about the current unrest in Afghanistan, he said that “Right now there is a transition. There are challenges and to overcome that, Pakistan will play whatever role it needs to play”.

Details and Discussions of Qureshi’s visit to Kabul

Shah Mehmood Qureshi in the press conference said that the delegation that accompanied him consisted of many officials from different Afghan ministries. “The point of taking the delegation was so that after the main discussion, they would break off into sub-groups and hammer out the details of different issues related to visas, trade and border movement” added Qureshi.

The Afghan government delegation discussed a number of issues with the foreign minister. The Afghan delegation in their meeting said that Afghan government will completely support Pakistan on projects of interest. This includes projects such as CASA-1000 project, the TAPI gas pipeline project and the Transnational Railway project. Furthermore, the Afghan leadership also assured that they will not allow Afghan soil to be used for operations against Pakistan.

Pakistan on the other hand have also made quite a few decisions to help Afghanistan. According to the Foreign minister, Afghans crossing the border would no longer require a gate pass from the interior ministry. Apart from that, the Pakistani embassy in Kabul have been authorized to issue 5 year visas to Afghan business persons.

Apart from easing travel between both countries, Pakistan have also decided to ease trade with Afghanistan. Pakistan will soon allow Afghanistan to import duty free fruits and vegetables, moreover has decided to keep border open for trade 24/7.