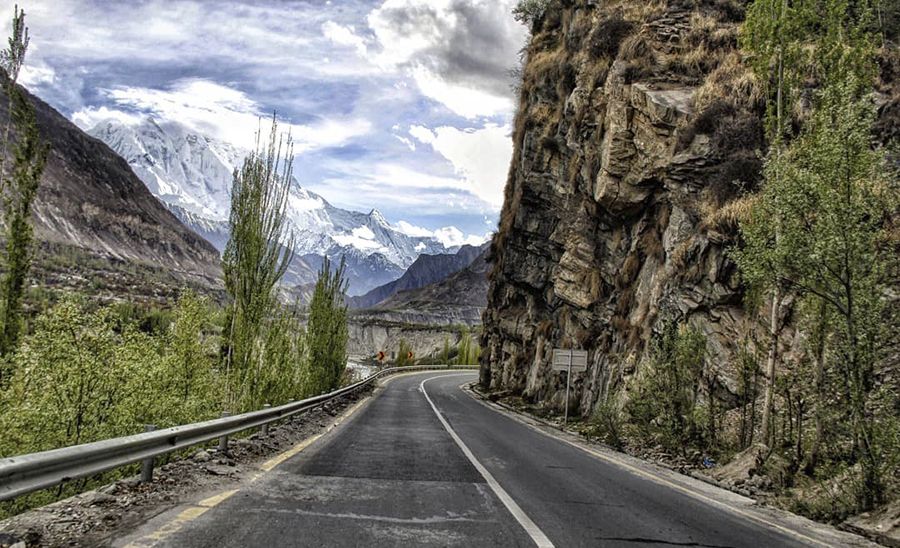 A prominent gateway for trade in country. Mighty Karakorum Highway plays a vital role in our diplomatic relations. With the upgrade and maintenance it is providing great revenue as well as tourism to the country.

The Mighty Karakorum Highway or KKH also known as silk road of Pakistan. The highest paved road in the world that connects Pakistan and Western China. It built by the collaboration of both countries. If you are an avid traveler, this road serves as a heaven to your esthetic sense. It built in the time span of 20 years. Whereas started in 1959 and completed in 1979. Opened for general public in 1988.

KKH covers a massive area in Pakistan. Starts from Hassan Abdal, leads up to Naran, Basham, Babusar top, Gilgit, Skardu, Khanjerab Pass etc. At Khanjerab pass there is a check point after that territory of China starts. World highest atm is also places at Khanjerab pass. KKH opened all year except for Babusar top. It closed in May or December due to land sliding, heavy rains or snowfall.

Road became so dangerous and scary in the monsoon. Due to its unique construction and weirdest landscape routine, it also known as the 8th wonder of the world. Around 810 Pakistani and 200 Chinese worker died during its construction. Main reason was heavy rain and sudden land sliding. Moreover many tunnels made in the name of China Pakistan Friendship.

Upgrade and Improvements with time

Karakorum Highway built for various reasons. Mainly to strengthen Pakistan China diplomatic relations. Trade between both countries became easy and convenient. Road improved a lot in these almost 30 years of time span. It controlled by Pakistan Army so it is one of the safest road in the world. Meanwhile tourists prefers KKH due to its scenic beauty and safe passage. It keeps maintaining all the year. One time KKH closed at Hunza due to heavy land sliding in 2010. That results in a bit of demographic change in the region. Atta Abad Lake was the result of the land sliding, one of the most visited lake in recent years.

Now Pakistan and China are working together on a new project. China Pakistan Economic Corridor (CPEC) is a project that helps both countries to develop their economies. KKH is under discussion to revamp and improved to much extent. It said to attached with main road that will lead up to Gwadar. Road will be signal free and that will save a lot of time. So in other terms KKH will spread widely around the country.

Despite of constant threat of rain and land sliding, KKH is offering a much appealing travel experience to its visitors. Surrounded by mountains, lakes and trees makes it once in a life time experience. Not for a faint hearted but it surely a prominent beauty of Pakistan offered to world.