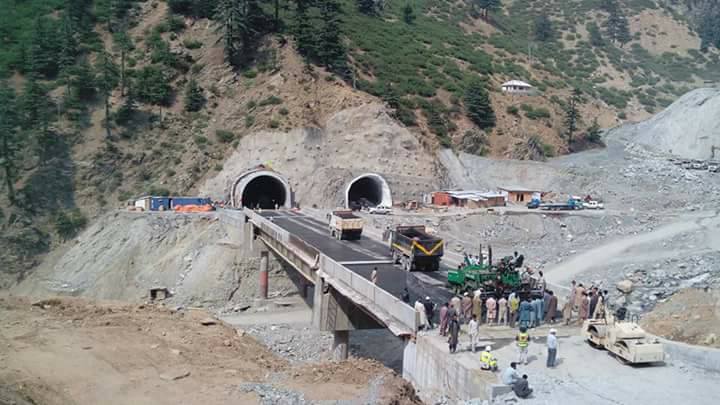 Lowari Tunnel  is situated in Khyber Pakhtunkhwa province of Pakistan. It is 8.5 kilometers (6.5 mi) under the Lowari Pass of the Hindu Kush Mountains.

Lowari Tunnel carries traffic on N45-National Highway, thus bypassing Lowari Pass. The tunnel is one of the longest tunnels in South Asia, and is the longest in Pakistan.

During the era of Pervez Musharraf this projects was initiated in 2005. But, later on construction is stopped due to funding, changes in design and security issues.

The road is not extremely dangerous now. But some risk still remains the same, as some landslides still occur and need clearing. In 2020 February, more than 5 km of road was either under construction of under landslides.

Gorakh Hill: The only place where it snows in Sindh