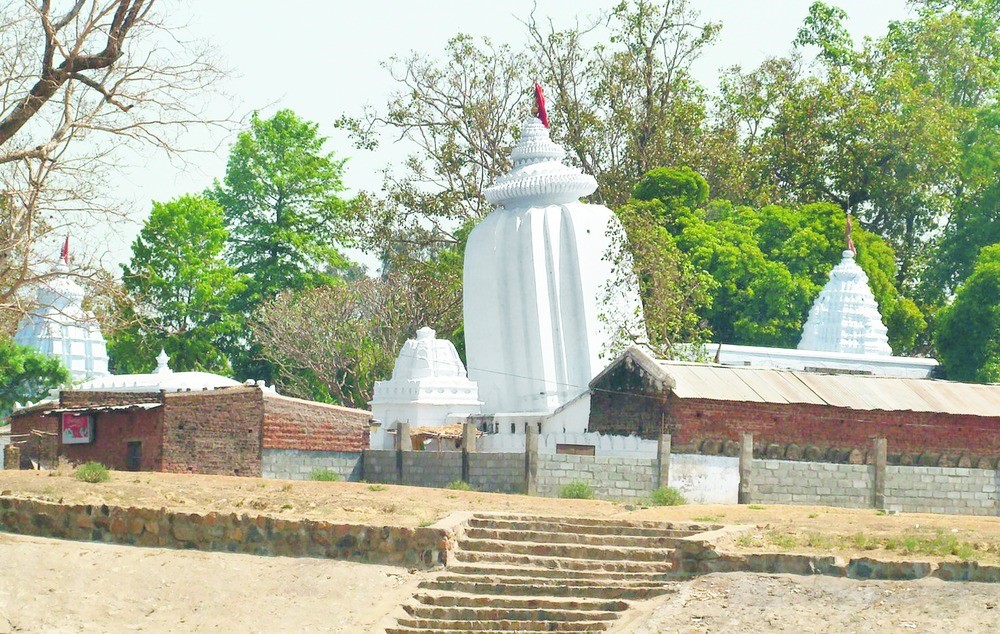 Leaning Temple of Huma Hatan , dedicated to Lord Shiva is located on the left bank of River Mahanadi, about 25 kms from the town of Sambalpur in Odisha, India. It was built in 1670 by the fifth Raja of Sambalpur. His name was Raja Baliyar Singh.

The incredible thing about this Huma Hatan temple is its leaning structure. The main sanctum sanctorum leans in one direction and all the other shrines including the boundary wall are in a leaning position in other direction. The inclination made in this temple is not sure whether it is by

Historians says that the structure of temple is constructed deliberately. Also to avoid the temple from the violent currents of Mahanadi and Dhulijore.

There are many theories related to the leaning sturcture of temple. If it approves the reason of science, its structure to remain stable is based on the principle of ‘Centre of Gravity’.

Its center of gravity should be located as low as possible & secondly the foundation area should be broad. The temple structure conforms to both.

A milkman initiated the worship at this temple. He used to cross the river daily and offers his milk to the rock out at the bank. The milk was at once sucked up by the rock. After that enquiries made about the place which results in the present temple of Huma Hatan.

It is place of pilgrimage for the Hindu religion. At the river there are different kinds of fishes present there.

A great fair takes place at the foothill in March every year on the occasion of Sivratri. The presiding diety is Bimaleswar Siva.There found a special fish called as ‘Kudo fish’. The specialty of this fish is that they will eat sweet and other foods from those people who bathe close to temple. During auspicious days people used to call then by their names and give parsad of the God. People usually don’t try to grab them. They consider the as blessing of God.

Unlike its famous counterpart the Leaning Tower of Pisa, the degree of inclination has remained constant, a point which suggests that the leaning structure was more by design than by default.