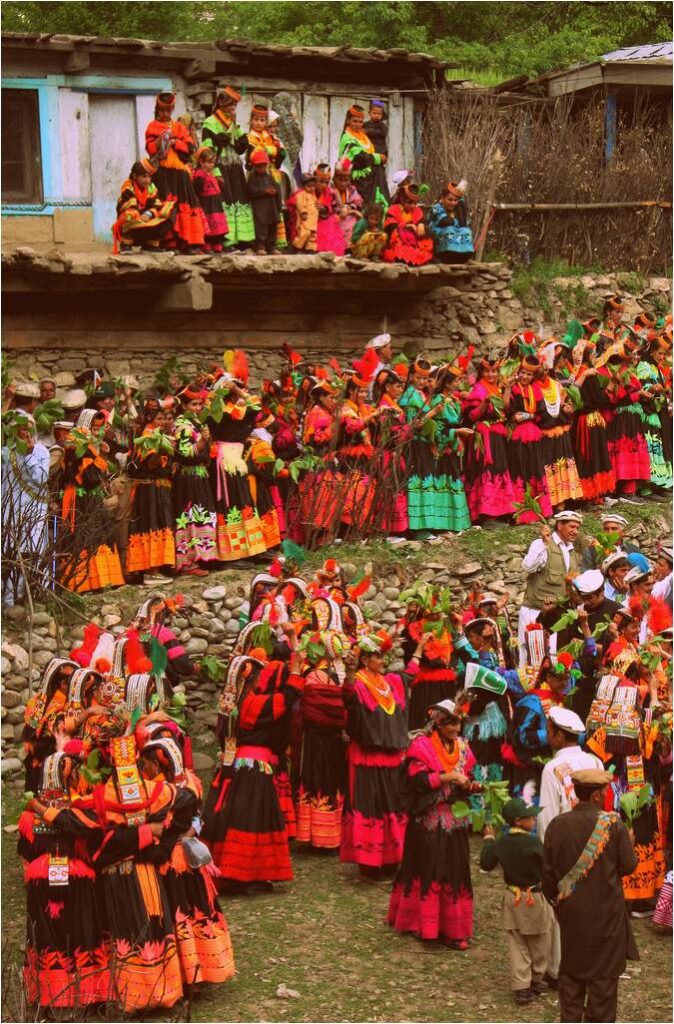 There is an isolated valley in the mountains of Chitral calls as Kalash Valley. Beautiful people, eccentric scenic beauty but has a disputed history. This clash of cultures gives it a nice taste that lasts forever in tourist’s mind.

Chitral, Pakistan: In the appealing mountain range of Hindu Kush, there is a small valley name as Kalash Valley. It has three more valleys or tribes of their own kind. First is Bumburet, which is the biggest and most famous among tourists. Second one is Rumbur which is in the North side of Bumburet. Third and last one is Biriu or Birir, the most ancient and orthodox valley till date. People in these valleys commonly known as Siyah Posh, Black Robe or Kafirs. Due to unique religious beliefs and rituals they called non believers or infidels. Kalasha culture listed by UNESCO for consideration as World Heritage Site.

The origin of Kalash Valley is still a mystery. It is one of the favorite place for so many historians, archeologists or religious researchers. Some says it has Indo-Aryan history, whereas some convinced that people here has Greek genes in them. This passage was the busiest route for any invader or tourist in back days. The features of locals resembles to European or Greek background. But recent DNA test reveals that there are no trace of Greek relation to Kalash Valley.

Religion of the region

It has a diverse culture in the valley as a matter of religion. Now a sizeable amount turns Muslims but majority is still on their ancestor’s religion and beliefs. Their rituals resembles to Hinduism and sort of Buddhism. Also known as Polytheistic. People worships the idols, gods and fairies in the caves. They offers them sacrifices and food in order to fulfil their wishes. They have following major deities in the region.

These people are under protection of Pakistan Government. They are provided security and freedom to follow their religion in full spirit.

The Kalash people observe many festivals in a year, their major festivals are:

Even the world is interested to witness such festivals. The biggest example is British Royals. In 2019 Duke William and Duchess Kate Middleton visited Kalash Valley and honors their rites and festivities. Women wears black kalashi traditional dresses in the festivals.

Some of their rituals are so weird. For example when a woman has a kid she has to shift in “bashaleni”. Its a place where woman lives until she gets purity. A menstrual woman also has to live here for a while. Bashaleni is a small establishment outside the valley that has all the facilities for new mother or a menstrual lady. Husband of the lady has a full role in it and he has to provide for his wife.

Another ritual is a right of elopement. Majorly it comes from a married lady. She writes a letter to man of her choice in order to propose him. She tells the amount of how much her first husband paid to get her. Now he has to pay double if he wants to marry her. This rituals is quite common and only few feuds came in the long history of valley.