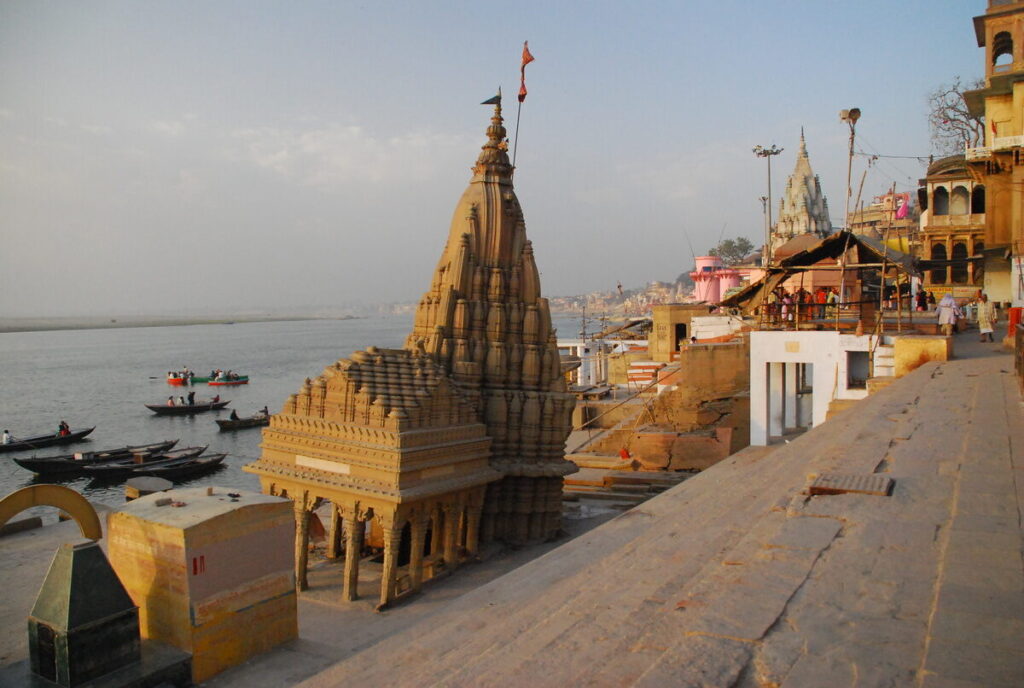 Leaning tower of Varanasi or Ratneshwar temple, a building attracting tourists for decades. A sacred edifice that is leaning 9 degree slant annually.

Varanasi, India: India is one of those countries holding various legends at a time. One of them is Ratneshwar Mahadev Temple. Other names are Matri-rin Mahadev, Kashi Karvat or leaning tower of Varanasi. A lot of stories lies behind each name. In Kashi Karvat Kashi means old name of Varanasi and Karvat means leaning. According to one of famous legend. Temple built by Man to pay tribute to his mom. He dedicate this temple to his mom and says he pays all the debts of his mom and her services. His mom get infuriated and cursed the temple because mother’s debt cannot be repaid. So Matri means Mother and Rin means Curse.

Another legend says it was build by Ratna Bai, A servant of Ahilya Bai. She cursed the temple when she named it after herself as Ratneshwar Mahadev not her queen’s. A lot of other stories also lies behind this eccentric temple that makes it more appealing and attractive.

History behind its mysterious tilt

Real date of its construction is still unknown. But according to some historians and archeologists it built in 19th century. Date of construction lies in between 1820 to 1830. One of the amazing part of its construction is its location. Leaning temple resides beside the River Ganges. Most of the temples and tombs built quite above the sea level. But leaning tower of Varanasi built in lower side of surface. Because of that temple drowns in the river for few months. Specially in summers and monsoon season.

It situated near Manikarnika Ghat in Varanasi. That means the locations is under continuous rains and floods. A lot of priests prays in the temple while diving and offers their sacrifices. There were more temples around it but Ratneshwar Mahadev is the only surviving temple now. Temple is also tilting 9 degrees annually. It was not tilting in the start but with the passage of time and erosion the temple starts sliding towards one side of its foundation. It is leaning faster than Pisa tower in Italy. Pisa tower leans approx. 4 degrees annually.

Diesel boats are one of the reason of its tilt. Boats ran in the river for tourists and other reasons. That escalates the process of soil erosion and foundation is getting fragile with time. Another reason is Lightening. In 2016 temple hit by major bolt of lighting. That causes the destruction of the temple. It also affects its durability and strength. Velocity of water plays major role as well. But still the actual reasons of its tilting is still unknown.