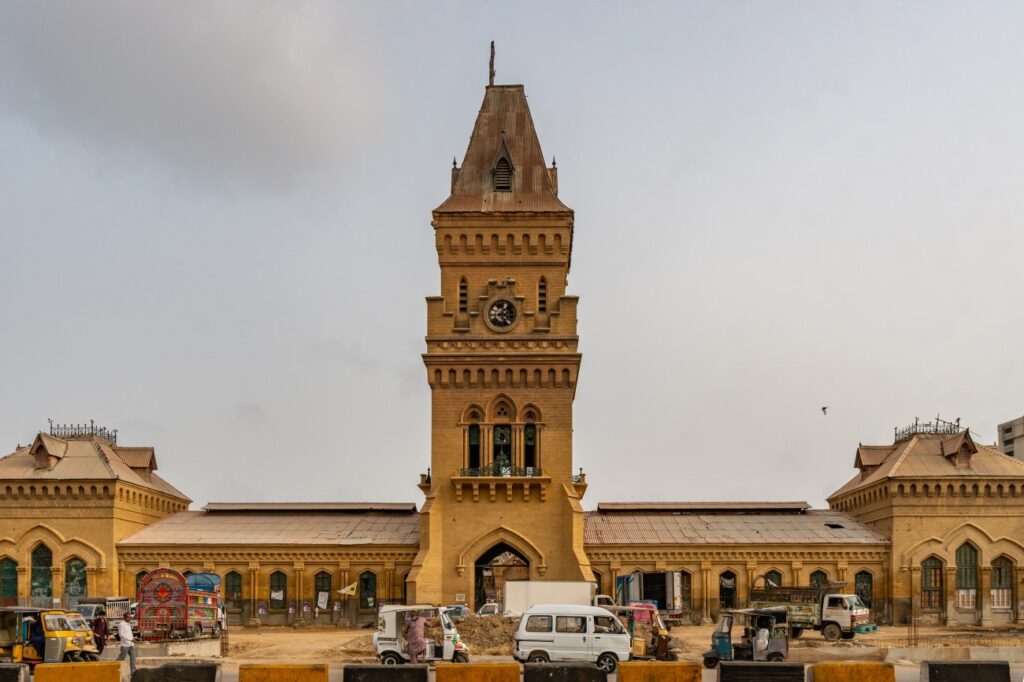 Built in 1899 by the British Raj to commemorate the British Queen, the Empress Market still stands. Located in the busiest part of Karachi, a long lists of commodities are available at the Market

Located right in the middle of the oldest and busiest part of present day Karachi is the famed Empress Market. This market, as the name suggests was built to commemorate Queen Victoria. Constructed between 1884 and 1889, the market still stands after a century.

The Empress Market still serves as an important market for people of Karachi. Market vendors of all sorts sell fruits, vegetables, meat, textiles and pets. This historic market that people of Karachi consider as a go to place for everything, holds quite an interesting history.

History of the Empress Market

The British forces, during the war of Independence killed a great number of Indian sepoys. The land Empress Market stands on today, served as a site for executions of the sepoys. Historical accounts suggest that sepoy heads were blown off by canon balls, to maintain fear amongst locals.

The British feared that the locals would built a monument on the execution site, thus they started constructing the Empress Market.

Architecture of the Market

The architecture of the Empress Market, is unique and eye catching. Built upon the British Raj architecture, the market contains elements from Indo-Saracenic, Indo-Islamic and Mughal architecture.

British Architect ‘James Strachan’ designed the Market. The construction however took place through a local firm ‘Mahoomed Niwan and Dulloo Khejoo’. The market is basically a massive 100 x 130 feet court yard, surrounded by 4 galleries. Each gallery is 46 feet wide and contains different shops and stalls.

The outline of the whole market’s architecture is the beautiful clock tower that is a marvel of the British Raj architecture. Complementing the clock tower are four beautifully designed corners.

Current Situation and Renovation of the Empress Market

The Empress Market in 2017 underwent a large renovation phase. During the renovation, the pollution ridden walls and insides of the market went through preservation. The roof which was on the verge of falling, got replaced and repaired from some places. The outer boundary and the garden surrounding the market also went through renovations.

Before 2017, the garden area of the market also contained a large number of stalls. However during the 2017 renovations, all of the stalls were removed. Grass and beautiful plants replaced the stalls in the garden area, adding further to the beauty of the Market.

Also Read: Takht-e-Babri: A landmark from the history

Also See: Gorakh Hill: The only place where it snows in Sindh