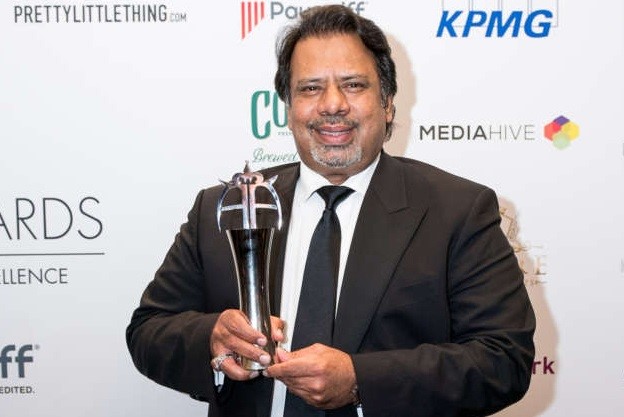 Jahangir Khan, a brand name only synonymous to ‘Unsquashable’. World call him by a nickname given ‘Conqueror’. His record breaking career made him win 555 matches in a row over 5 years and 8 months – the longest winning streak of any sportsman

In 1963, December 10, Jahangir Khan was born in Karachi, Pakistan. Who knows that Khan will become unsquashable in future. Jahangir’s illustrious career began with the short and weak kid who used to play games in the dark by himself. His early practice was clearly meaningful, got him to the path of sporting success.

Throughout his courage, spirit, determination and tenacity, Jahangir Khan overcame personal tragedy to dominate and ultimately transcend the world’s most physically demanding sport.

Jahangir was physically unfit, got two hernia operations, doctors doesn’t allow him to take part in any kind of physical activity. Anyhow his father encouraged him to play there family game.

In 1979, he missed out selection for the Pakistan team for World Championships in Australia. At 15 years-of-age, Jahangir entered the World Amateur Individual Championship and became the youngest ever winner of the prestigious championship.

In November, 1979, Jahangir got a shocking news of sudden death of his older brother due to heart attack. Torsam’s death made him feel cracked. His death led to him consider quitting the game as a tribute to his brother.

In 1981, he became the youngest winner of the World Open at the age of 17. He used to beat the World No.1 Geoff Hunt Australia in the final. Starting from that championship was an unbeaten run which was lasted for five years and 8 months and 555 matches.

In 1982, Jahangir astonished everyone by his remarkable victory by winning the final of an International Squash Players Association (ISPA) Championship. He never loose even a single point.

Jahangir, on his undefeated run of consecutive 555 matches, said:

“It wasn’t my plan to create such a record. All I did was put in the effort to win every match I played and it went on for weeks, months and years until my defeat to Ross Norman in Toulouse in 1986.”

“The pressure began to mount as I kept winning every time and people were anxious to see if I could be beaten. In that World Open final, Ross got me. It was exactly five years and eight months. I was unbeaten for another nine months after that defeat.”

At the end of 1986, Jahangir faced a challenge for being dominant in his career. In late 1986 and early 1987, Jahangir won their first few encounters with Jansher khan.

Jansher then extended his victory over Jahangir for next eight consecutive encounters. He finally captured the 1987 World Open title. Jahangir finally ended his winning streak over him in March, 1988 and kept on winning 11 of next 15 meetings.

Jahangir and Jansher came face to face 37 times with Jahangir in professional career winning 18 times and Jansher with 19. This makes an idea that Squash has two dominating players and this continue to dominate for the rest of the decade.

It was tragic that Khan did not win the World Open after 1988 but was able to maintain a stranglehold over the prestigious British Open title which he won a record ten successive times between 1982 and 1991.

Jahangir retired from the Professional Squash Association (PSA) World Tour in 1993. Government of Pakistan awarded him with ‘Pride of Performance’ and civil award of ‘Hilal-e-Imtiaz’ (Crescent of Distinction) for his achievements in squash. Khan is awarded with titles of ‘Sportsman of the Millennium’ and ‘Unsquashable’.

‘Hashim Khan, Jahangir Khan, and Jansher Khan are the best squash players the world has ever known with Jahangir the best of the three“. He also added: “If Hollywood only knew his story of tragedy, grit and determination it would make another movie like Chariots of Fire. Many of those who know him consider him the best athlete who ever lived‘ said former President of Pakistan Pervez Musharraf.

In 2004, Jahangir was again unanimously re-elected as President of the WSF at the International Federation’s 33rd Annual General Meeting in Casa Noyale, Mauritius.

For his contributions in sports, Khan is awarded with honorary Doctorate of Philosophy by London Metropolitan University.

Due to major dominancy of Jahangir in squash, world gave him the name “The Conqueror” (a loose translation of his first name) and “Unsquashable”.

Fittest Player in the sport

No doubt he is the fittest player in the history of sports. His incredible stamina and fitness made him distinguish from other players. Rehmat khan helped him in maintaining his fitness level by punishing training and conditioning regime.

Pakistan at 5th position in the Olympics Weightlifting category