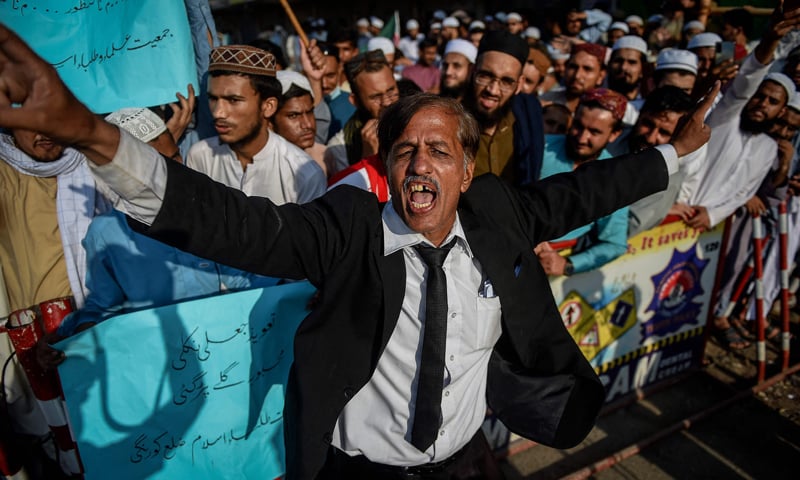 Government takes precautions ahead of protest against inflation. Roads, mobile signals and metro blocked in different parts of Punjab

On Wednesday Oct 22nd, ‘Pakistan Democratic Movement (PDM)’ a political alliance against the PTI government announced a nation wide protest. According to PDM, this is a protests against rising inflation and poverty in Pakistan. This protest by PDM is going to be 15 days long and starts off from Rawalpindi. From Rawalpindi, the protestants’ are going to march into bigger cities where speeches and staged protest will happen.

PDM leaders say that this protest is against high prices of petroleum and edibles that the lower class is unable to afford. Apart from the long march, PDM members are holding protest in other cities. Recently PDM held a protest in the Malir district of Karachi. Jamiat Ulema-i-Islam-Fazl (JUI-F) general secretary Maulana Abdul Ghafoor Haideri during the protest said that protest against the current government is a ‘public referendum’. PDM stands in solidarity with poor farmers added the general secretary.

PDM President ‘Maulana Fazl ur Rehman’ while talking to news reporters vowed that this protest against inflation will continue. Fazl Rehman regarding the PTI leader Imran Khan said that before forming a government, Khan promised to take zero loans from IMF, whereas he has now ‘left the whole country at IMF’s mercy’. He then went onto joblessness and home evictions.

PMLN is also organizing protests in different places. Just recently PMLN held a protest in Lahore. In the protest PMLN’s Saad Rafique highly criticized the PTI’s government regarding rising inflation and unemployment in Pakistan. “Why are people dying of hunger, Why are they committing suicide, Why are they cursing the government?” he asked. “This is a result of targeting elected representatives he added.

With opposition parties now on the same page, heavy protest and disorder is expected.