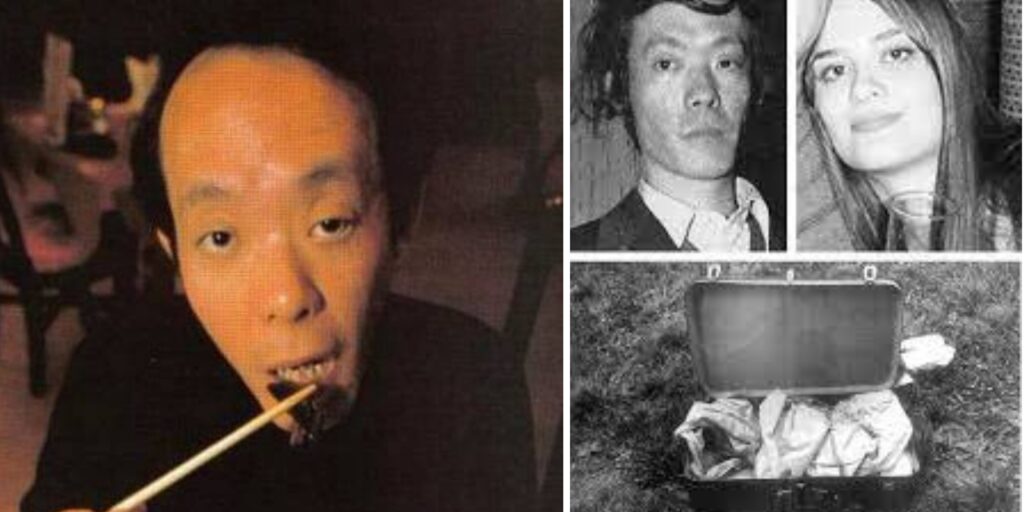 This is the story of a weak and premature child named ‘Issei Sagawa’ who later went onto becoming a celebrity cannibal. Sagawa in 1981 murdered and ate a female acquaintance and has roamed free since then.

JAPAN – Born in the city of Kobe in 1949, Issei Sagawa was a prematurely born child who lived a happy and wealthy life. With a weak body and a small height of just 4 feet 9 inches, nobody thought the boy would turn into a dangerous cannibal – also a celebrity in Japan.

It was all normal for Sagawa until he reached a certain age and his cannibal desires started to grow. He was 32 when his increasing cannibal desires led him to murder, rape and eat up a female friend named ‘Renée Hartevelt’. Soon arrested after the crime, Sagawa went free since the court declared him legally insane and sent him back to Japan.

Born in a rich family, Sagawa had a happy and fulfilling childhood. His father ‘Akira Sagawa’ was a wealthy business man and also served as a president to a large water industry.

According to his grandfather, Sagawa at the time of his birth was only about the size of a man’s palm and had many complications during his birth. Soon after his birth Sagawa got ‘enteritis’ which further depleted his health. He eventually recovered, however his body has always had a weak posture.

Sagawa’s weak posture and fragile health made him an introvert and he spent most of his time with books. He developed an interest in literature and went onto pursue it professionally. Sagawa attended Wako University and completed a Master’s in English Literature at the Kwansei Gakuin University.

During his years in Wako University Sagawa once tried to break into women’s room and planned to eat her. However he got arrested for attempt to rape, but the charges were dropped after his father paid the victim.

After attending the university of Wako, Sagawa went to France at the age of 27. In France Sagawa started to pursue a PhD in literature. Issei Sagawa’s cannibal desires went to grow further in France. According to this celebrity cannibal, in France he would bring in prostitutes’ almost everyday with the intention to eat them but his fingers froze before killing them. It was during his years in France when he met ‘Renee Hartevelt’, whom he killed and ate.

The cannibal killing of Renee Hartevelt

Issei Sagawa met Renee Hartevelt in France. Hartevelt was a dutch woman who also resided in France. Sagawa in an interview with VICE said that he soon developed a liking towards Hartevelt and often confessed to her. In efforts to keep Hartevelt close to him, Sagawa hired her as a tutor to teach her German.

Sagawa in an interview admitted that he always had cannibal desires towards Hartevelt and had the urge to eat her. It was on June 11, 1981 when Sagawa killed Hartevelt and ate her. Sagawa on that called Hartevelt to help him translate a German poem.

Infuriated by the rejection, Sagawa decided to kill and eat Hartevelt. While Hartevelt was busy in translating the poem, Sagawa grabbed his rifle from the cupboard and fired it at her. The bullet hit her neck, killing and dropping her on the floor.

After making sure that Hartevelt is completely dead, Sagawa went closer to the corpse and raped it multiple times. After, he decided to satiate his cannibal desires. He tried cutting through the body using his bare teeth, they however were of no help. Sagawa then went onto buy a meat knife and managed to cut through the corpse.

Sagawa was able to cut and eat various parts of Hartevelt’s body which included meat from her face, breast and legs. He also saved up many of her body parts and kept them inside his refrigerator. Sagawa throughout this process took photos of the body and the meat he saved.

After Keeping the body for a day or two, Sagawa decided to throw the leftover pieces in the ‘Bois de Boulogne’ lake. He however was caught just four days after this.

What happened with Sagawa after the arrest

After his arrest for the cannibal murder of ‘Renée Hartevelt’, Sagawa was kept in prison for two years, awaiting his trial. The trial however never came since Sagawa was declared legally insane and was sent of to Japan. Sagawa since then has spent his life freely in Japan.

As of now Sagawa is around 72 years and lives in an apartment. He lives alone and needs care which is given either by his brother or caretakers.