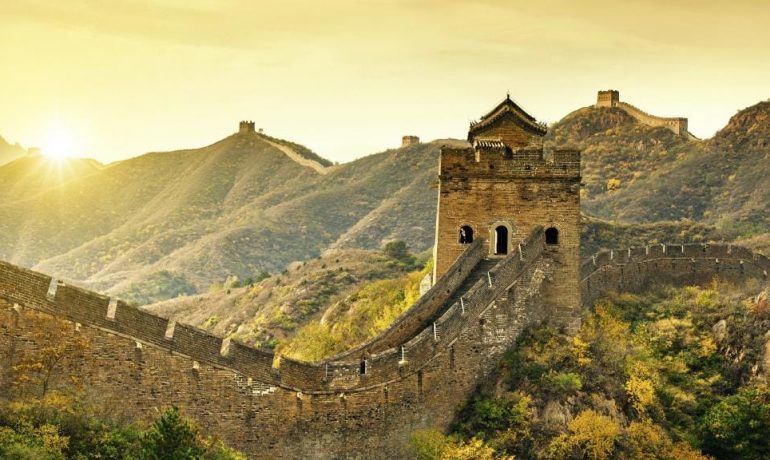 The 7 Wonders of the ancient world have greatest sighs in the world. In 2000 a Swiss foundation launched a campaign to determine the New Seven Wonders of the World.

1. The Great Wall of China

The Great Wall is actually a succession of numerous walls, some are parallel to each other.  It comprises of approximately 4,000 miles, making it the world’s longest manmade structure.  In 2009, the State Administration of Cultural Heritage first published data on the Ming Dynasty Great Wall, which measured 8,851 kilometers (5499 miles).

The height of the Great Wall is 5–8 meters (16–26 feet), where intact/restored. The wall is at least three times the height of a man. Some of the Walls build along ridges, which make it look taller.

This great heritage of the world is located in Brazil. It is a recognition icon for Rio and Brazil. Since 1931, the statue is looming over the Brazilians from upon Corcovado mountains. This statue is the largest Art Deco-style sculpture the world.

It is made up of concrete-and-soapstone with height of 92 feet (28 meters) horizontally and 98 feet (30 meters) vertically. Heitor da Silva Costa designs it and costs approximately $250,000 to build. It is said that the money for the statue was raised through donations.

It is a 15th-century Inca citadel, located in the Eastern Cordillera of southern Peru. It is on a 2,430-meter (7,970 ft.) mountain ridge. In 1911, it rediscovers by archaeologist Hiram Bingham. It was built at the peak of the Incan Empire in the mid-1400s. This mountain citadel was later abandoned by the Incas.

It follows classical Inca style, comprises of polished dry stones walls. Its three primary structures are the Intihuatana, the Temple of the Sun, and the Room of the Three Windows.

The only way to excel this wonder is by foot, train or helicopter; most visitors visit by train from nearby Cusco.

This wonder shows the genius and adaptability of Mayan culture. In 7th July, 2007, it is selected as one of the 7 Wonders of the world. It welcomes over 2,500,000 visitors each year.

It is incredibly a trading center for cloth, slaves, honey and salt. It acts as the political and economic hub of the Mayan civilization.

Among 7 wonders of the world, it is undoubtedly the most enduring icon. It was built between A.D. 70 and 80 A.D. The elliptical structure sat nearly 50,000 spectators, who gathered to watch the gladiatorial events. It encompasses public spectacles, including battle reenactments, animal hunts and executions.

Earthquakes and stone-robbers have left the Roman Colosseum in a state of ruin, but portions of the structure remain open to tourists. Some 2,000 years later, its design still influences the construction of modern-day amphitheaters,

The Taj Mahal build between 1632 and 1648. It is located in India. The word considers it the most perfect jewel of Muslim art in India. It is an immense mausoleum of white marble that represents a number of architectural styles including Islamic, Persian, Turkish and Indian.  Mughal Emperor Shah Jahan ordered to build this Mahal in the memory of his favorite wife, Mumtaz Mahal.

In 1985, Petra falls under the category of World heritage site. Petra was the capital of the Nabataean empire of King Aretas IV, and likely existed in its prime from 9 B.C. to A.D. 40. The civilization proves to be early experts in manipulating water technology. They constructed intricate tunnels and water chambers, which helped create a pseudo-oasis.

Petra got its fame by a number of incredible structures holding it. It encompasses of a 4,000-seat amphitheater and the El-Deri monastery.