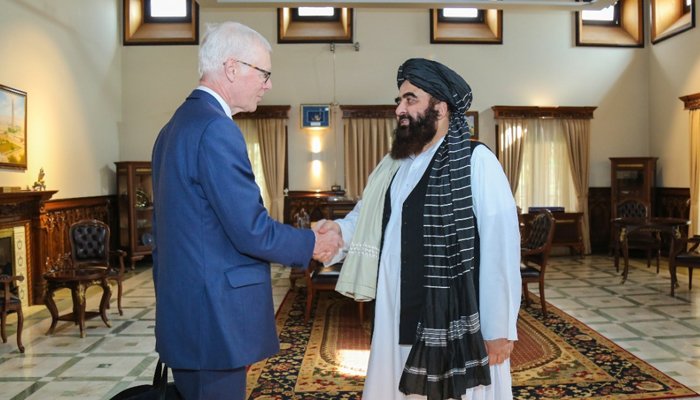 According to Taliban officials the meeting contained detailed discussion on solving terrorism and humanitarian crisis in Afghanistan. Treatment of minorities and women under the Taliban rule were also topics of discussion

On Tuesday October 5, A high ranked British envoy went onto meet senior Taliban officials in Kabul. This was the first time since Taliban capture of the country that a British officer was there. These talks were just another one of Taliban’s effort to gain international legitimacy and better relations. The British envoy was UK Prime Minister Boris Johnson’s high representative for Afghanistan.

Taliban which already has a tarnished reputation is now looking forward to friendly relations with all the countries. The reason? their weak economic and international standing. Taliban after over turning the US supported Ghani government have been short of funds to run the country. With no funds coming in, the cash flow have stopped and a major economic crises can be expected, thus forcing the rulers to seek help.

These economic crises in the country have increased poverty in the country. Many government and health workers are getting no salary since months. This has also led to a lot of business being shut down.

According to the UK official the meeting contained detailed discussion about the ongoing humanitarian crises in Afghanistan. While the envoy discussed ways in which UK could help Afghanistan in these times of crises. The envoy however also discussed about a safe passage for those wanting to leave the country.

Taliban due to their oppressive rule from 1996 to 2001 are having difficulties gaining legitimacy. Many countries including the US and the European Union have released statements saying that Taliban would only earn legitimacy if they earn it. ‘

Taliban soon after announcing an interim government in Afghanistan, started to work towards bettering its international relations. In just 50 days of its capture, the Taliban government have started to accept many of the foreign human rights demands.

With women rights and education in Afghanistan being a major issue western countries have with Taliban, the Taliban have seemingly started working on it. Taliban officials just recently released news of girls returning to secondary schools up north. Suhail Shaheen, a Taliban official also Tweeted videos of secondary school girls sitting inside their class rooms.

Several other teachers and educationist in the country have also confirmed the opening of girls schools in many states.