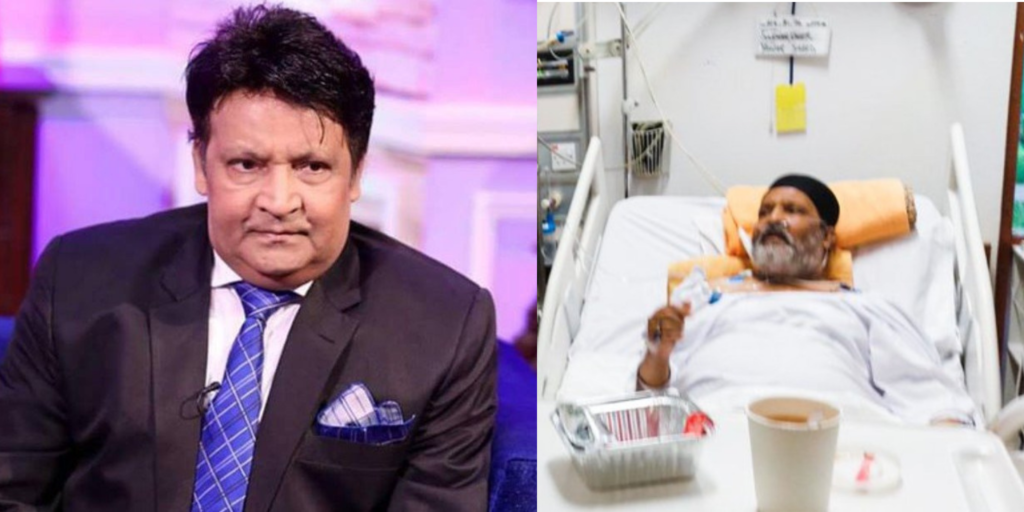 Umar Shareef was battling a heart disease since the last few months. The 66 year old comedy legend died after his bypass in Germany

On 2nd October Saturday, legendary comedian Umar Shareef passed away in Germany. The reason for his death was his ongoing heart problems. It was during a bypass that the comedian’s condition got worse and then resulted in his death.

Shareef just on Tuesday 28th Sept left for US in an air ambulance. His condition got worse he had to stop midway in Germany for a bypass soon after which he died. Born in 1995 Sharif was 66 at the time of his death.

The news of his death was confirmed by Art’s Council President ‘Ahmed Shah’ who was in close contact with Shareef’s family. “With deep sorrow it is announced that Mr. Umer Shareef has passed away in Germany. Our deepest condolences to his family and friends. Our CG is present at the hospital to assist the family in every way” he said in his tweet.

Shareef’s health condition’s started to deteriorate back in August, when the comedian suffered a heart attack in Karachi. He was immediately shifted to a private hospital in Karachi, where his treatment went on. Throughout his treatment in Karachi, Shareef showed little to no improvement. He went through two bypasses in Karachi but his condition only got worse.

A comedy legend that can never be replaced

Born on 19th April 1955, Umar Shareef was always a fun a witty person that had the ability to make anyone laugh. He started out his career with stage shows that were popular at the time. Popular stage shows by Umar Sharif include hour long comedy geniuses including ‘Bakra Qistoon Pe’ and ‘Buddha Ghar Pe Ha’.

Umar Shareef was amongst the only few Pakistani entertainers that received the ‘Tamgha-e-Imtiaz‘ due to his devoted contributions in the entertainment industry. Apart from this he has also recieved 10 ‘Nigar Awards’ and stays the only person to receive 4 of them in a single year.

Nusrat Fateh Ali Khan: Most influential Qawwal of his time

‘’Overload’’ is incomplete without Farhad Humayoun, The famous musician passed away