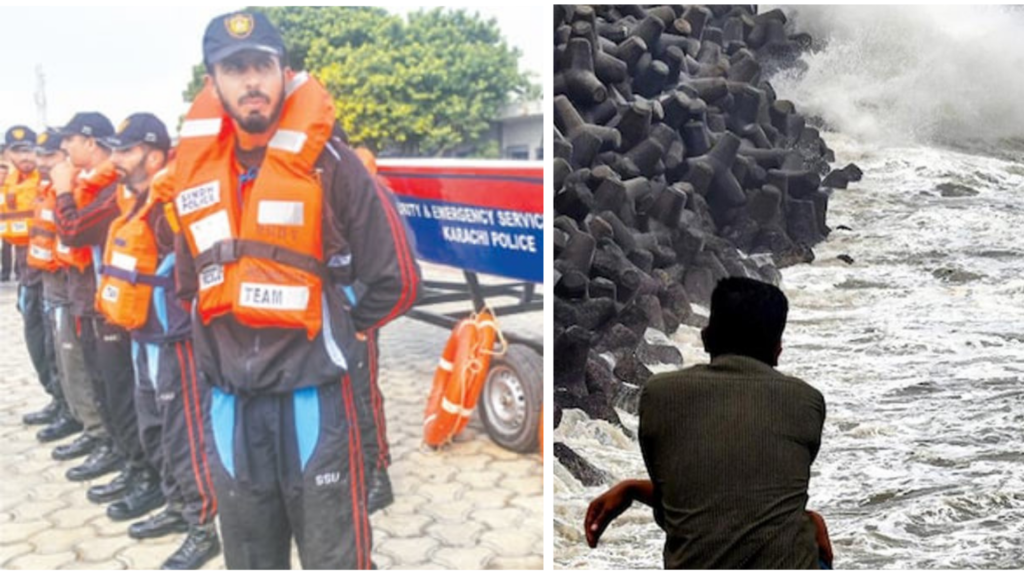 The Pakistan Meteorological Department (PMD) previously predicted weather conditions in Karachi to worsen due to the cyclone. The cyclone however has shifted its direction, thus reducing the chances of heavy winds and floods in Karachi

The Pakistan Meteorological Department(PMD) just recently released its new update about the Gulab cyclone situation in Karachi. In the update PMD mentioned that the cyclone has now shifted its direction and has now declared Karachi safe from the cyclone. With the cyclone now headed towards Oman costal belt, heavy rains and winds in Karachi will likely not be destructive for the city. The PMD however still says that Karachi throughout the next day or two will experience a continuous light showers.

Gulab cyclone previously was just a few hundred kilometers away from Karachi, shifting its direction is nothing less than a miracle. This however is not the first time that Karachi has been saved from a cyclone. In previous years multiple cyclone’s just like Gulab have shifted their direction without touching the Karachi coast line.

The Gulab Cyclone and preparations in Karachi

The MET department previously issued a notification stating that as the Gulab cyclone nears Karachi the weather conditions on both Friday and Saturday would be devastating.

The effects on the cyclone nearing Karachi were felt in the atmosphere. Karachi on Thursday started to receive cold heavy winds and rainfalls in almost all parts of the city. The cold winds were strong and caused destructions such as making electric poles and sign boards fall. The people of Karachi were surely scared of the cyclone and the possible destruction its might have caused.

On Thursday multiple preparations were made since the cyclone was expected to hit Karachi. Boats and hundreds of life guards were deployed at multiple areas in the city. Rescue teams were at an high alert and were made ready for a flood like situation. The Sindh Government issued an high alert and called of a holiday in Karachi and multiple business, offices and schools stayed closed.

Multiple areas as of now are still experiencing rain showers since Friday morning. Areas in the Karachi central district are the one’s with the most rainfall. With Karachi central’s drainage system broken, things might get difficult for people living in those areas.