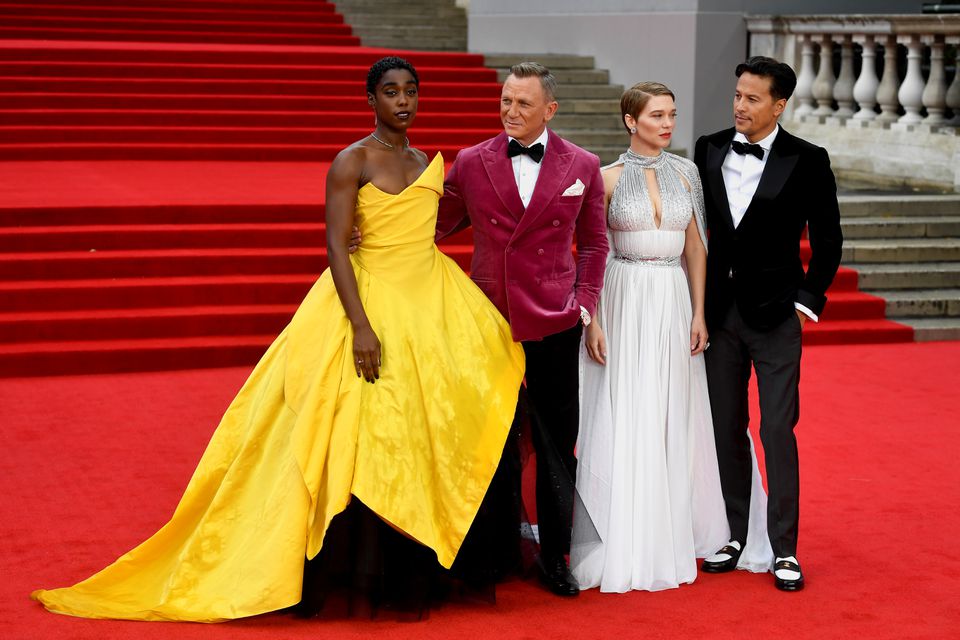 New James Bond movie “No time to die” premiered with a blast. With hand full of Royal Guests and Oscar Winner stars makes the event more beautiful and glamorous

HOLLYWOOD, UNIED STATES OF AMERICA – James Bond 007 needs no introduction. After the three delays from April 2020, now it finally premiered in London last night. Daniel Craig who played Bond wore a eccentric pink jacket in the premier. It was Craig’s fifth and final appearance in the franchise.

Pandemic has pushed the movies premier up to two years. Fans were dying to see new adventures of their favorite spy. Now when world seem to return back to normal routine, brand new venture of bond is here for fans. The new movie will come to cinemas in October 8th, 2021.

James Bond started in 1962. The title of first movie was “Dr No” – Bond’s character played by Sean Connery. Since then the franchise hit the fans with unbelievable storylines and adventures. James Bond is always a spy who has a license to kill. People all over the world adore and cosplay Bond in any festive event. So in 2021 with a new movie on board fans are about to get their regular dose of spy drama in complete package.

Since the premier delayed so many times. It was really an exciting event for most of the cast and crew. Some of the starts thought that it was not going to happen. Due to pandemic world is suffering a lot. Moreover events like these are also hedging back and people are missing their entertainment.

The plot of the new movie is “Super spy having left active service, enjoying a tranquil life in Jamaica. His peace short-lived when his old CIA friend Felix Leiter (Wright) turns up asking for help. The mission to rescue a kidnapped scientist turns out to be far more treacherous than expected, leading Bond onto the trail of a mysterious villain armed with dangerous new technology”. Now with these actors and strong dialogues, lets see the final verdict of the fans.

Royals Attendance at the premier

You know its a big event when Royals are present there too. At the premier of Super Spy movie, Prince Charles along with Princess Camilla honored the red carpet in full royal touch. Furthermore Prince Willian and his beautiful wife Duchess Kate Middleton were also seen in full excitement.

Royals were so exhilarated with the release of the movie. The dress of Kate caught the eye of fashion police and they could not stop appreciating the golden cape dress with beautiful ornaments and accessories.

Producers says that they made a movie for cinematic experience and fun. They want people to come to theatres and appreciate their hard work. With the run time of 2 hours and 43 minutes the producers are promising a unique experience of theatre so far.

According to the first reviews that came from different critics, it was the perfect finale for Craig in the franchise. So will it blow your mind like the other versions or not? Give it a try and tell us in the reviews.

Nusrat Fateh Ali Khan: Most influential Qawwal of his time