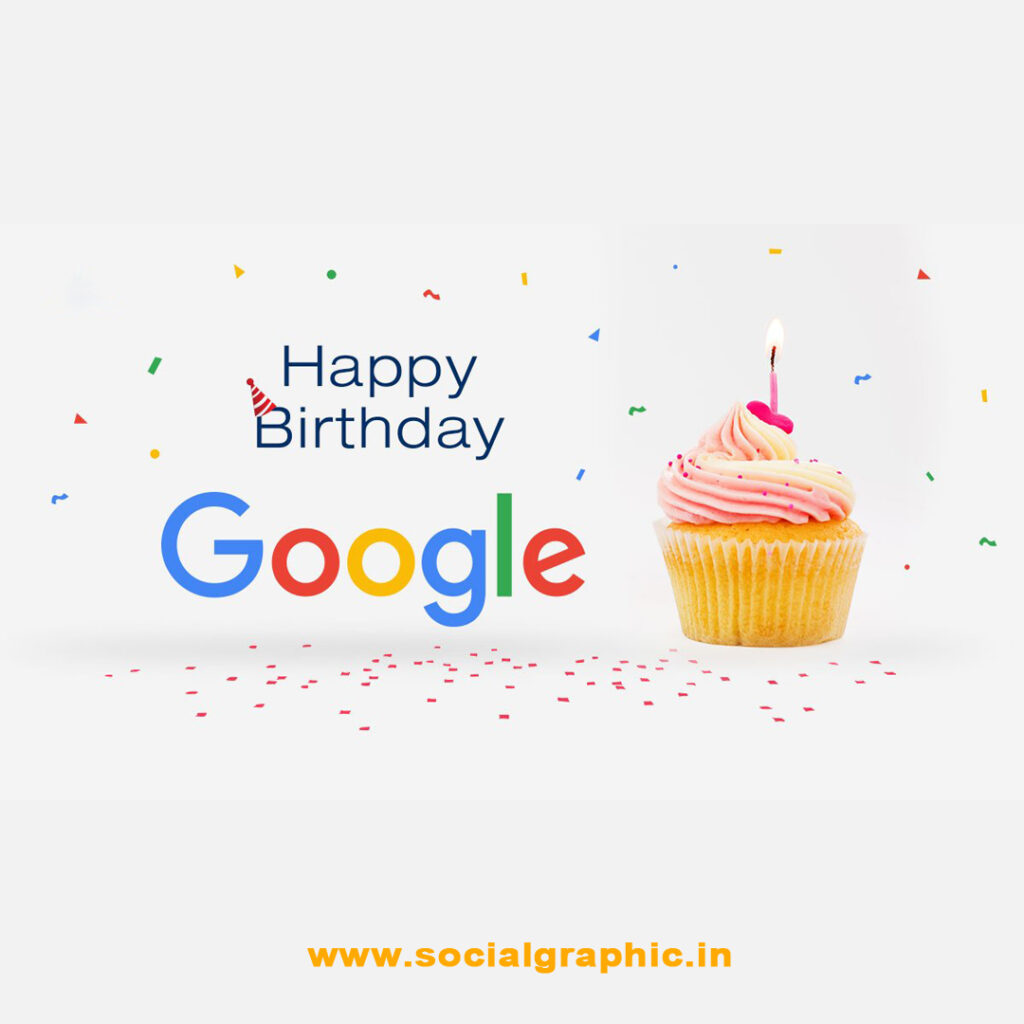 World’s most used search engine completes its 23 years in full glory. Google has seen so many phases in its life span and failure was never the one.

SILICON VALLEY, USA – Google’s motto is “Our mission is to organize the world’s information and make it universally accessible and useful”. While looking at now it is safe to say that they have provided to all. Just imagine a day without using Google or its attributes. It is just impossible now to operate without using this search engine.

World is shrunken in google and its universe. So on 23rd Birthday of Google Inc, we pay our heartiest congratulations to the mighty engine of all time. Google congratulated itself with a two tier chocolate cake with letter L as a candle in it.

The story behind the search engine is quite interesting. In 1996, Sergey Brin, a graduate student at Stanford University, met Larry Page, who was considering Stanford for graduate school at the time, around campus. In just one year, two Google co-founders built a search engine together in their dorm rooms and developed their first prototype. This is how Google Inc. was born in 1988.

Actually the original date of origin is September 4, 1988. For around 4 years they celebrated its birthday on this date. But when the engine started getting fame and popularity, founders decided to celebrate it in a unique way. In 2002 they pushed it to September 27 because this was the day when there was maximum number of searches done in one day. From that day till now, Google celebrates its birthday on September 27th.

Google has 85 offices in all over the world. USA, India, China, Canada, Africa and Latin America have their fully functional offices. It is providing employment to more than 13000 people let alone in USA. In start it was only a search engine. With the time and growth it started developing more features as well. Now it has Google translate, which is verified by Oxford dictionary and Merriam Webster dictionary.

Moreover it has Google Assistant, Gmail, Games and what not. It has also co production with Nexus that creates latest cell phones of new generation. Corporate giant also donated in a lot of charity programs. They also spent almost 1 Billion Dollars in climate change and environment perseverance. Sunder Pichai is their CEO since 2015. After his appointment google has progressed immensely.

Just like any other organization google also faced a lot of backlash in present. It has seen a lot of complaints regarding data stealing and identity theft. A lot of law suits comment that it is not one of the safe sites to keep their personal information.

But Google has somehow been winning these battles and getting stronger day by day. Few reports suggest that the major revenue of google generates from dark web and selling of date. But company hushed all the allegations with strong proof and dialogue.

So on its 23rd birthday, we can say congratulations to one of our favorite search engine and hope for more progress and innovation in near future.