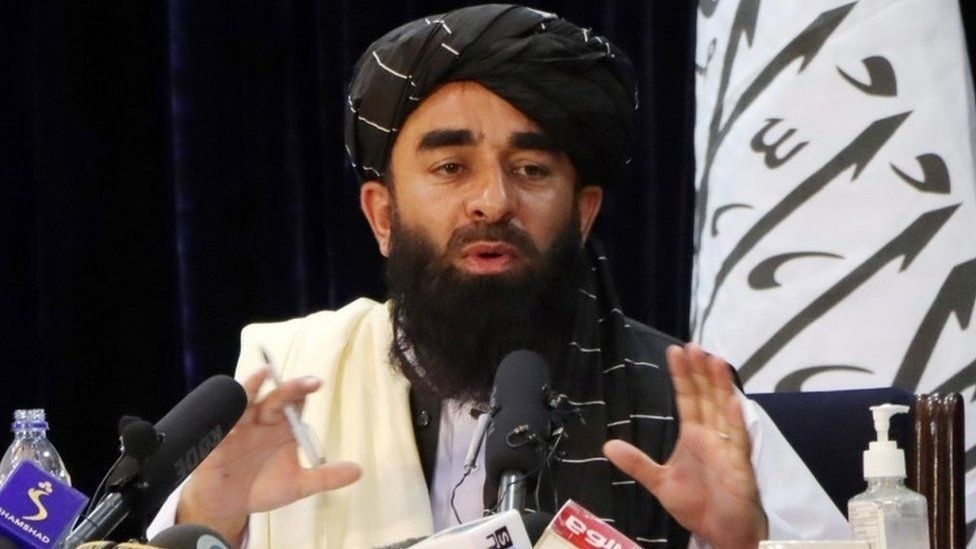 KABUL, AFGHANISTAN – On Sunday 26th September, Zabihullah Mujahid, Afghanistan’s Information Minister, spoke to the Pakistani media. Like most of its recent interviews, Taliban in this one also had a friendly approach towards forming international relations. The information minister in his interview said that he was thankful of Pakistan’s stance regarding Afghanistan.

Zabihullah in the meeting also said that Taliban want healthy relations with other countries in order to better Afghanistan’s economy. “We hope that neighboring countries will continue to extend support to Afghanistan before the international community”, he said.

Taliban’s international relations with many countries are starting to get better ever since they overturned the government. This is because Taliban, after capture, have made amendments in its ways and have had a friendlier approach towards all countries.

Many countries have appreciated Taliban for making changes in their rules and bringing in more human rights into them. The countries however are still unsure whether or not the Taliban would stick to their promises of providing human rights.

With countries ready to give legitimacy to Taliban if they earn it, Zabihullah seems optimistic for Afghanistan’s international relations. While speaking of international ties, Zabihullah in his interview said that many countries have raised voice in our favor.

He also named countries such as Qatar, Uzbekistan and others and thanked them for having a positive stance towards Afghanistan. He also pointed out about how Russia and China spoke in Taliban’s favor at UN, which surely is a big step towards Taliban gaining legitimacy.

Zabihullah after talking about the importance of good international relations went onto talk about the recently formed resistance in the Panjshir valley. He said that the war in Panjshir is now ‘Over’ and that the Taliban don’t want conflicts with anyone now. Thus he said that its now time to work for the progress of Afghanistan.

Now with peace and progress being Taliban’s prime goal in Afghanistan, Zabihullah said that any group fighting Afghanistan or the government would be opposed. With good international relations and a goal for prosperity in the region, Zabihullah announced some future plans with Pakistan.

Zabihullah once again went onto oppose the recent dishonor of Pakistan flag at the Torkham border. He then said that anybody who tries to damage relations between Afghanistan and Pakistan would face consequences.