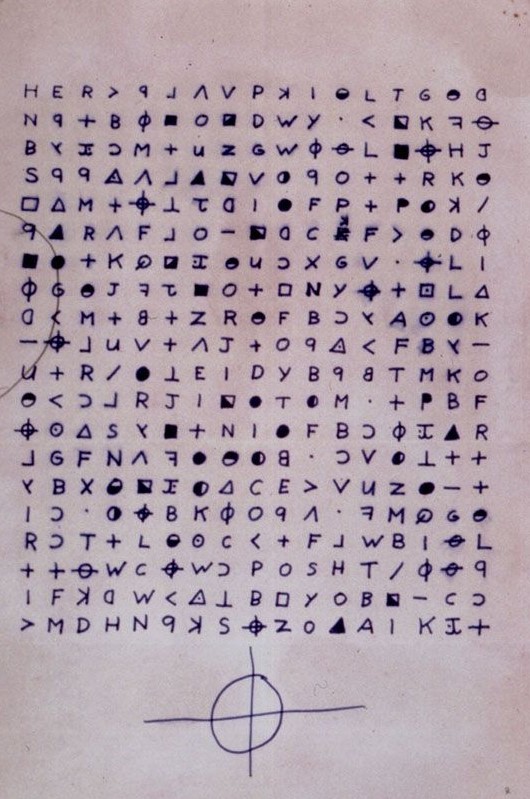 Zodiac killer is a very famous name in 1960s. He was undoubtedly a genius killer in the history. Police is unable to trace him till now.

“I Like Killing because its too much fun”, this is the saying of zodiac killer in one of his cipher letter he sent to police. Zodiac killer became a rage in 1960s because of his anonymous personality. His killing methods were barbaric and unique. His name became familiar when a young couple got killed on their first date. Name of the victims were Betty Lou Jensen and David Arthur Faraday. They were killed on December 20, 1968.

There are rumors that this was not the first murder of zodiac killer. Earlier in 1966, a student name Cheri Jo Bates was killed under mysterious circumstances. He was a college student and took a lift going back home. He never reached his home and his body was found in a disgusted condition.

Cheri Jo was stabbed 42 times and several kicks in the head were diagnosed. Police could not track the killer but police assumed that he is Zodiac Killer because of his style and method.

Number of muders and letters

In start, Zodiac Killer killed 3 couples in Sans Francisco. In his last attack, male survived miraculously. He gave few hints about his appearance and talking style. According to him he was a pleasant young man with a sweet voice.

He helped police to draw an initial sketch of him. Later he started sending letters to different newspapers and agencies. Letters were full of scrambled words and codes. In start they thought it was a silly joke.

With the increase in similar death, police started investigating these letters. They hired the best code decoder in the state but they could not succeed. Whereas the killer was on the loose. After so many years few private civilians decoded one of the letters and sent it to police.

According to that letter zodiac killer was enjoying killing people for his joy. It also revealed that he was gathering slaves for afterlife and these slaves will help him get to paradise. The letter shows the psychotic mind of killer clearly.

In another letter he stated, “I HOPE YOU ARE HAVING LOTS OF FUN IN TRYING TO CATCH ME”. He was clearly mocking police for their incompetency. Police could not track his footsteps with these letters or hints. A lot of innocent people arrested as a misunderstanding of Zodiac Killer. But the real one was yet to found.

A man named Arthur Leigh Allen (1933–92), was misunderstood as Zodiac Killer for so long. He was a teacher in a school in California. He often accused of molesting and torturing kids but was he the Zodiac Killer. Police could not figure out.

There is a huge reward announced on his arrest or information in 2021. Is he dead or not? Is he still killing or planning something new? Nobody knows in entire United States Of America.

Movies and books on Zodiac Killer

Since this was a hot case of the country. A lot of writers tried to explain Zodiac Killer’s mind and strategies. Recently a famous franchise announced that they are making a movie inspired by Zodiac Killer. But weather he will be caught or not, This is still a mystery.