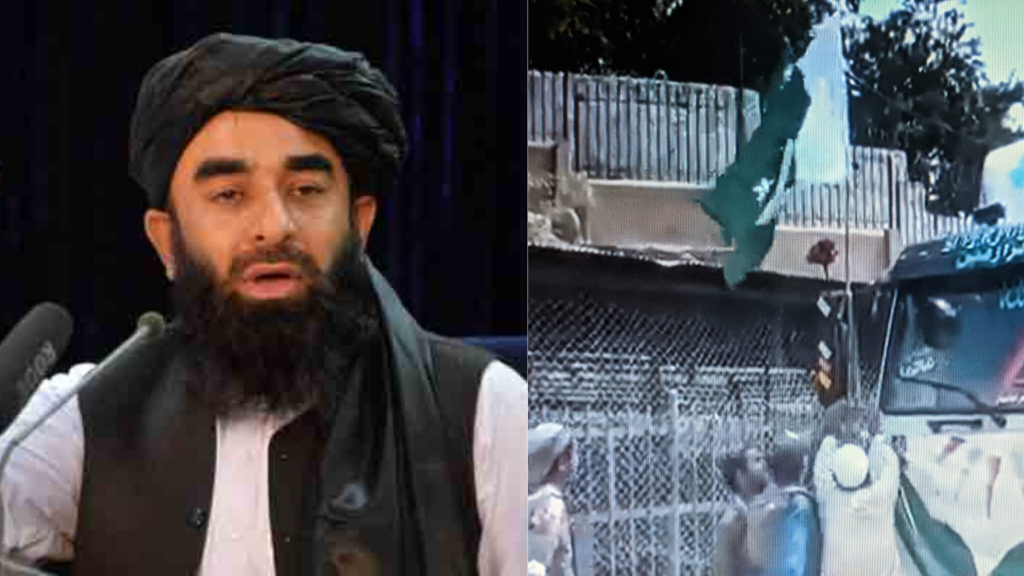 “This incident must have hurt the sentiments of our neighboring country for which we apologize”, said Taliban spokesperson, Zabihullah Mujahid

AFGHANISTAN – On Sunday September 19th, several Taliban men patrolling near the Torkham border removed a Pakistani flag from a truck. The men after removing the flag, celebrated by hoisting a gun in the air and then allowed for the truck coming from Pakistan to pass. The truck was one of 17 aid trucks that Pakistani government sent to Afghanistan.

The 17 aid trucks were an effort by Pakistan to help its neighbor in these times of crises. The aid trucks collectively contain about 278 tons of edible items. Which includes 65 tons of sugar, three tons of pulses, 190 tons of flour, 11 tons of cooking oil and 31 tons of rice.

Zabihullah Mujahid’s statement about the incident

Following the spread of the video, Taliban spokesperson Zabihullah Mujahid came out on Wednesday and condemned the incident. Zabihullah in his statement said that the entire cabinet of the Islamic Emirate was “saddened” by the incident. “Surely, this incident must have hurt the sentiments of our neighboring country for which we apologize”, he added. He further added that those Taliban have been arrested.

With Taliban trying to maintain good relations with different countries, he spoke of how they want healthy relationships with Pakistan. Talking about the incident, he said, “Officials involved in the incidents have been arrested and their weapons have been seized, moreover they will be dealt according to the law”.

Zabihullah called the incident to be a regrettable one, while also saying that all leaders were sad about the incident. To assure that it will not happen in the future, he said, “We will put a stop to such incidents, going forward”.

“PTI is the only national party” says Asad Umar