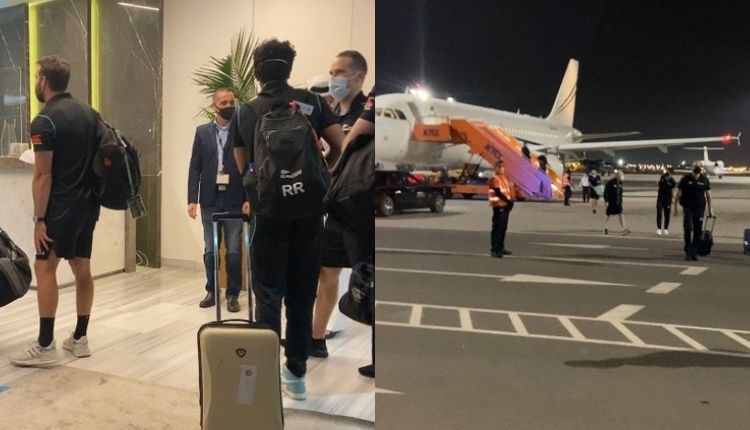 After the unexpected abandoning of Pakistan vs New Zealand series in Pakistan, the blackcaps flew off to Dubai. They will now complete their one day quarantine in Dubai before going back home

The New Zealand cricket team on September 19th, have landed on the Dubai Airport, after flying off from Pakistan. The team will stay in Dubai for around 24 hours to complete their quarantine period, before flying home. The Black caps have still not given public details of their concerns. ‘David White’ New Zealand Cricket Chief executive, however has given out a statement saying that some details have been shared with the PCB saying that specific details could not, and will not, be disclosed – privately or publicly”.

The team reached Dubai through a charter flight that left from Islamabad on September 18th. David White regarding this said that “the contingent of 34 players and support staff are now settling into their Dubai hotel. Undergoing their 24-hour period of self-isolation”. White said he understands that PCB might be going through a “terribly difficult time” but New Zealand had no other choice.

David White’s statement regarding the decision

Speaking of the teams, security concerns David White gave out a statement. He said that “What I can say is that we were advised this was a specific and credible threat against the team”.

“We had several conversations with New Zealand government officials before making the decision. It was after informing the PCB of our position that we understand a telephone discussion was conducted between the respective Prime Ministers. Unfortunately, given the advice we’d received, there was no way we could stay in the country.” he added.

In an answer to why they were in Pakistan at the first place he said that “the advice changed. The threat level changed and, as a consequence. We took the only responsible course of action possible”.