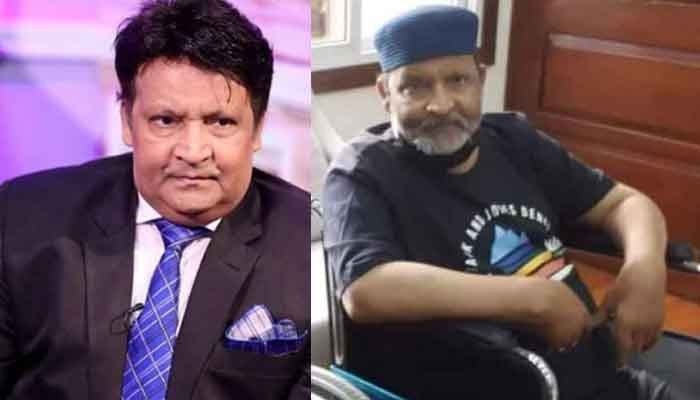 Umer Sharif has been under treatment in a Karachi hospital for some time now. The Provincial government after overlooking his case, announced that he will be fly to US soon.

Talking to his Twitter on September 16th, PPP leader Barrister Murtaza Wahab announced updates regarding comedian Umer Sharif’s US Visa. Umer Sharif has been undergoing treatment for a serious disease and previously requested government to help him in his treatment. The governments announcement is surely a relief for the comedian’s family.

PPP leader in his Tweet stated that “Happy to inform you that visa interviews of Umer Sharif Sahab’s family have taken place today [Thursday]. Very grateful to the US consulate for exempting the presence of Omer Bhai for issuance of visa. Let us all continue to pray for the good health of one of the greatest comedians of the subcontinent”.

A follow up Tweet came soon after. In the tweet, Murtaza Wahab announced issuance of the US visa for Umar Sharif and his family. “Even happier to inform you that the visa has been issued just now. Thank you to the team at US Consulate for the support extended” he said in his tweet.

Sharif just recently was deemed as ‘fit to abroad for treatment’. He will soon leave alongside family to the US for treatment.

The government alongside helping the comedian with the US visa process, approved a release of fund for his treatment. The fund amounts to Rs40 million and will help in expenses such as transportation, ambulance, treatment and others.

While speaking to media about the funds, Sindh government leader ‘Murtaza Wahab’ confirmed release of the funds. “We are committed to bearing the expenses of Umer Sharif Sahib’s treatment expenditures” he said.