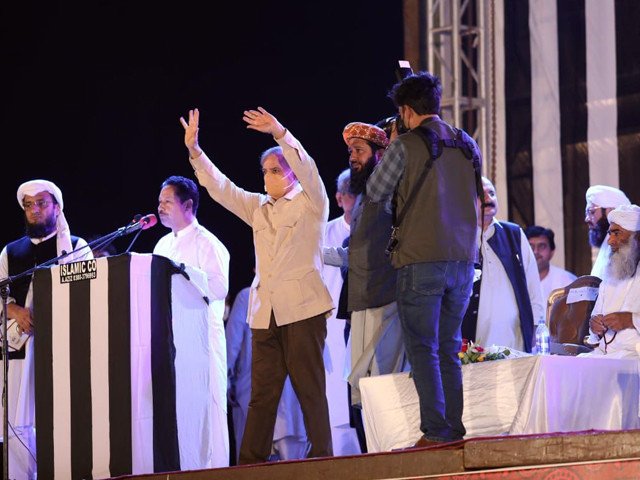 PDM, an alliance of opposition parties decided to march towards Islamabad in effort to topple government in Pakistan. PDM leaders in effort to replicate Imran Khan called onto all of their party supporters to join

ISLAMABAD, PAKISTAN – Pakistan Democratic Movement (PDM), an opposition political alliance, on Sunday held a rally at Bagh-e-Jinnah Karachi. In the rally, PDM leaders including Shahbaz Shareef and Maulana Fazl ur Rehman announced a march. “It’s a crime to remain quiet in the current situation. Stand up people to bring a revolution”, said PDM leaders while announcing the march.

The leaders said that this march would start from different cities of the country and will go towards Islamabad. Upon arriving Islamabad, the leaders plan to protest which aims at toppling over the PTI government.

Shahbaz Sharif while talking to his supporters in Karachi, once again brought up remarks against Imran Khan and his government. Shahbaz said that PM Imran Khan has made fake promises with Sindh. “In 2019, [PM] Imran [Khan] Niazi announced Rs162 billion for Sindh and Karachi. Then in 2020 he announced a developmental package worth Rs1,100 billion for the province”, he added. Shahbaz said that expect for these little funds, Imran Khan has not done anything major for the province of Sindh.

Shahbaz Sharif also went onto talk about his brother, Nawaz Sharif government. He said that Nawaz did a much better job and managed to stable both Karachi’s economy and social order. He then talked about Karachi’s dark situation in the last two decades and credited Nawaz Sharif for ending it.

PDM’s criticism towards the PTI government

One of PDM’s main focus during the speeches was to prove to people that PM Imran Khan is somehow incompetent. Sharif in his address highlighted Pakistan’s economy and said, “When Nawaz Sharif became prime minister the economy was on the verge of collapse. However, he initiated CPEC and installed power projects and added 11,000 MW to the national grid’ thus crediting Nawaz Sharif for being a much better leader for the economy.”

He also criticized the sudden rise of commodity prices in Pakistan. He termed ‘Flawed Policies’ and the ‘Incumbent Government’ to be the reason behind it. “Imran Khan while sitting in the sprawling palace of Bani Gala talks about making Pakistan a Medina-like state”, he added.

PDM President, Maulana Fazl ur Rehman also addressed the crowd and just like others, he went to talk about the destruction that he thinks this government has brought about. He also went onto call the government a ‘Selected’ one and said that the leaders under the PDM umbrella will bring true democracy in the country.

While talking about PDM’s foreign policy vision, he said that PDM will form strong ties with all countries and even India.

After heavy criticism towards the current government Shahbaz Sharif and Fazl ur Rehman alongside other leaders called on for supporters to stand up with them and bring revolution against the government.