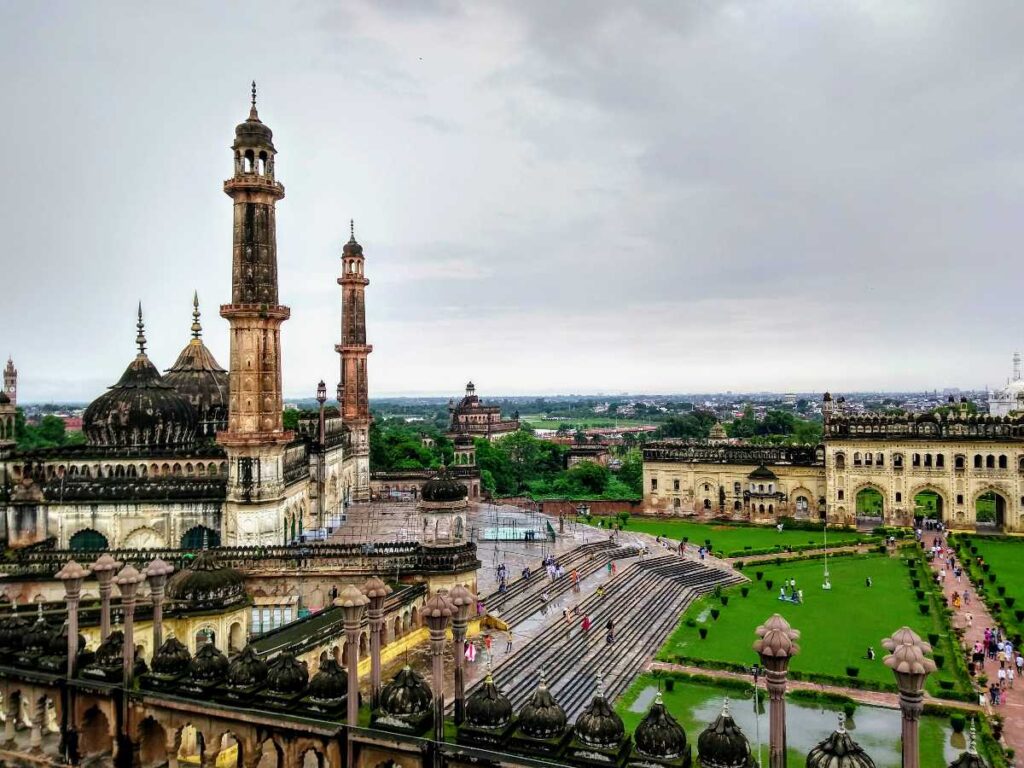 Bara Imambara is undoubtedly a eccentric story to witness from the rich history of Subcontinent. An act of humility and goodwill that lasts forever.

LUCKNOW, INDIA – Subcontinent is full of amazing stories and history. A lot of buildings and monuments are a sheer proof of that. Bara Imambara in Lucknow, India is one of them. Also known as Asifi Imambara built in 18th century, Nawab of Awadh, Asif ud Daula was a brain behind this beauty. Whole area is a blend of Mughal, Rajput and Gothic architectural style. Besides it has a biggest Unarched hall.

In 1780 a great famine hit the country. People ran out of food and money. Nawab took an initiative and started this project to overcome the hunger problem. He summoned great architect of that time, Hafiz Kifayat Ullah who also assisted Taj Mahal. He designed this magnificent building including a mosque, an imambara, a baoli and an accidental labyrinth.

Construction started in 1784 and completed in 1794. Legends state that common workers used to built it in the morning whereas the elite authorities demolished that in the night. This was for to delay the construction for a longer run. They wanted to continue this until the famine ended.

Inside the bara Imambara

It is one of the unique buildings in entire vicinity. Ornate by marbles and beautiful carvings, an eccentric hall is build. It is 50 meters long and almost 15 meters tall. Beautiful fact is, it has no pillars and beams. No iron or wood was used in its construction. It has a unique style which results in an amazing spot known as Bhool Bhulaiya, called Maze in English. There is a series of rooms above the hall in order to balance it. Besides Pistachio color walls inside the hall makes it appealing to tourists.

The hall has three portions

They were named because of their appearances. Tombs of Asif ud Daula and his wife Shamsunnisa reside in Persian chamber. Muslims around the country gather here and mourn in the month of Muharram. So hall is well equipped with Tazia and other mandatory souvenirs.

Another fun fact, it was made with edible material like Rice Husks, daal and limestone. These called Lakhori (Lakhauri Bricks), famous in all nawab made buildings.

Right above the main hall, almost 480 interconnected rooms are there. In first glance they seem like some war strategic spot or Nawab’s secret passageway. But in reality there is no such fancy story behind it. Those rooms were built to balance main hall because there were no iron and wood used in construction. You can say it was an accidental vintage spot. The rooms and stairs will take you to roof where you can witness the whole city.

It is highly advised to visit Bhool Bhulaiyya with guide. There are rumors of people going missing in there. That’s why a lot of door are closed now. There are 1024 ways to go on roof but only one to come back. This unique spot became highly popular with time and now every tourist in Lucknow wants to explore this maze for at least one time. If you are claustrophobic or ill, you should not go inside it, furthermore it will trigger your phobia.

Along with Imambara, Nawab also made sure that water is supplied well. Bara Imambara has a unique establishment that leads to a big well. It is attached to river Gomti, also a hiding place for Nawabs. They have a unique saying “The ones inside could see you but you will not be able to see them within”. It seems weird but in the baoli you can spy in whole area without being noticed.

A stepped well called the Shahi Baoli is inside the Bara Imambara complex. While the mosque is still in use, the baoli that was the source of water for the construction of the buildings, and surveillance (sitting inside one can spot the reflection of the activities at the gate in the waters of the well), is largely redundant.

Besides all these, a grand mosque is also there. A huge beautiful mosque where Muslims gather to offer the prayers. A Mughal art building to complete the look of whole premise. You can visit Bara Imambara at any point of year. Its a must visit place in Lucknow. Charges are INR 50 for local and INR 500 for foreigners.