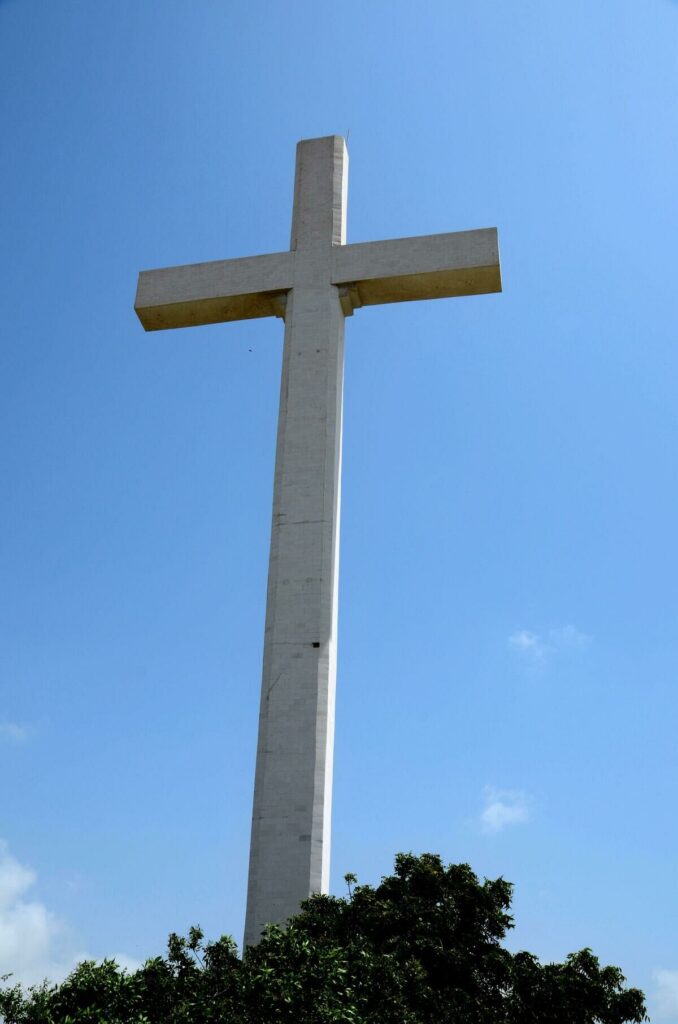 God’s voice “Do Something Different” made Businessman to built a largest cross in city. An act of love and devotion is occurring in the Metropolitan. Undoubtedly a true face of secularism is bringing up to the world.

KARACHI, PAKISTAN – A business tycoon, Parvez Henry Gil took an initiative to built an Asia’s Biggest Cross in the city. It edifices in the Gora Qabristan, Karachi. Commonly known as White man’s Graveyard, has this honor to witness this historic monument. It inaugurated in August 2020.

Gil’s dream about to do something different lead him to make a difference in society. He established a cross in Muslim’s Majority city as well as country. 140 feet tall (42.6 meters) crucifix put up in the only operational Christian graveyard. It is bullet proof and can handle any vandalism. It is made of Cement, Iron and steel.

Protestant devotee started this project in 2016. It took 4 years to complete. He hired both Muslim and Christian workers to complete the task. He did not reveal the nature of the project in start. Half way through he unleashed the truth. After that 20 Muslim workers left. But few stayed until the last joint. One of the Muslim worker said, “Its a work of God”.

They worked for 14 hours a day, seven days a week. After the completion they all praised Henry Gil’s devotion towards God. Cross is a sign of solidarity with “poor and depressed” minority in Pakistan.

Cross is now a city’s prominent monument. Since the place is famous for brawls and clashes. Public throw trash and garbage in the vicinity. But after the edification of crucifix the place is well look after. On the event of Christmas cross is lit in blue, red, purple and pink lights. It continues until new years eve. The block still faces backlash and hatred by local people. But it surely a bright and tolerant face of Pakistan showing to the world.