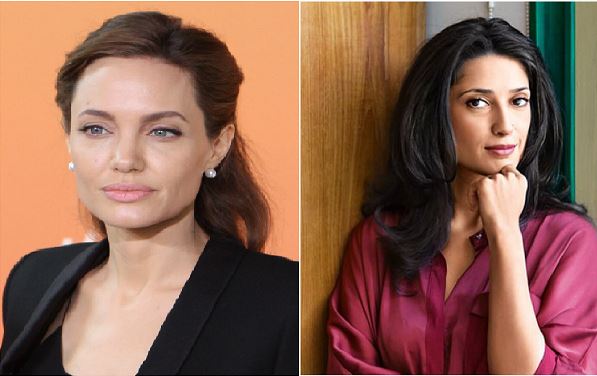 Following the capture of Afghanistan, Angelina Jolie took it to social media and raised voice for people under Taliban regime. Seeing this columnist Fatima Bhutto called her out for selective activism and asked ‘have anyone told her about Kashmir?’

With the news of Taliban forming a government in Afghanistan, American actress Angelina Jolie started raising voice for the people and especially women living under the Taliban rule. Following Jolie’s activism for the Afghani people, An Afghan born writer and columnist ‘Fatima Bhutto’ called her out.

Fatima said that she thinks that this selective activism for only one part of the world is wrong. She said that these influencers should also raise their concerns regarding the atrocious treatment of people in other war affected places. While specifically taking the names of Palestine and Kashmir. “Has anyone told her about Kashmir?” the columnist asked.

After the unexpected Taliban overturn of the Afghan government, the Taliban have taken over the whole of Afghanistan and are forming their own government in the country. Taliban have a reputation of being militants that follow extremist ideology. Thus people all over the world are suddenly worried about the safety of people in Afghanistan. News outlets, journalist and people, all are now raising their voice for Afghanistan.

Fatima highlighted this and said that the west through this are trying to hide their ‘callousness’. “What the west has always excelled in is PR. Hugging babies, crying on TV, prancing around in burqas” said Fatima.

Jolie’s in her posts said that since Afghan’s are not able to raise voices, she is doing it for them. Fatima Bhutto on Twitter criticized this particular statement by Jolie.

Fatima shared Jolie’s statement and wrote that “Judging by some leading feminists and actresses, Afghanistan was a paradise until last week”.

While sharing images of the same statement, Fatima pointed out the blind eye people have turned towards the injustice in Palestine, while also asking if she even knows about the human rights violation in Kashmir.

Taliban this time say that they have learned from their past and now will practice human rights, however people are still worried and have started raising voice for human rights in Afghanistan. American actress Angelina Jolie, also talked about the rights of Afghan people on her Instagram. “Right now, the people of Afghanistan are losing their ability to communicate on social media and to express themselves freely. So I’ve come on Instagram to share their stories and the voices of those across the globe, fighting for their basic human rights” said Jolie.

The actress have made around 2 posts in support of the people in Afghanistan. In one of her posts she highlighted the oppression that women in Afghanistan will face under the Taliban rule. The post was based on a letter from an Afghan girl who wrote in detail about the situation in the country.

Another problem that Jolie highlighted through one more of her Instagram post is the Afghan refugee situation. Her posts titled ‘Misplaced’ described and provided stats on the topic. She also talked about it in her caption and said that “Watching for decades how Afghan refugees – some of the most capable people in the world – are treated like a burden is also sickening”.