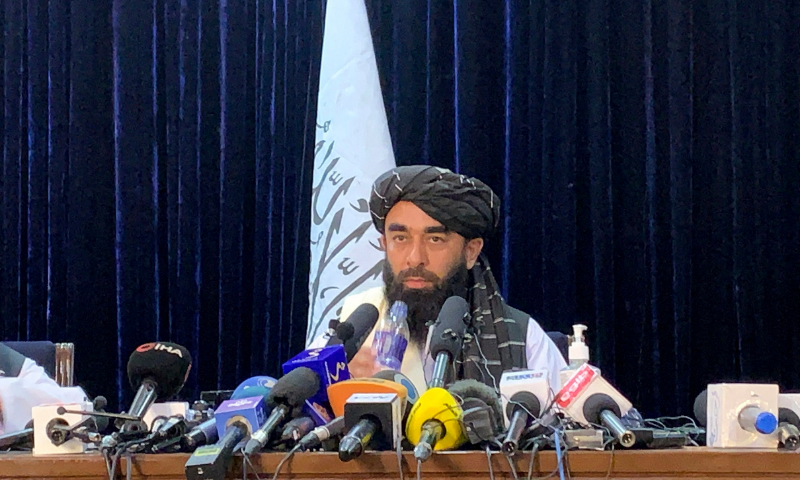 Taliban officials in the press conference addressed important questions regarding their newly formed rule in Afghanistan. They said that they look forward to healthy international relationship and that they will respect women rights.

This was the first time that spokesman, Zabihullah Mujahid came out in public. The spokesman despite being the most prominent Taliban spokesman was never public, prior to this conference. Zabihullah in the press conference promised a secure and peaceful Afghanistan. He said that Taliban wishes to create healthy relationships with other countries.

Zabihullah in the conference also addressed the most important question raised on the Taliban government, and that is ‘Women Rights’. Regarding this matter, he said that the Taliban will respect women rights and give women all the rights that the Sharia law gives them.

Details of the press conference

Zabihullah in the start of the press conference congratulated the nation and said, “We have expelled the foreigners and I would like to congratulate the whole nation on this“. He also termed the Taliban victory as something that is ‘rare‘, while also saying that obtaining freedom from occupation was their right and they achieved this right.

He then moved forward and talked about establishing peace in the region. While saying that though Afghanistan is facing crises, Taliban will make sure that its not a battlefield of conflict anymore. He also ensured the scared Taliban opposing people saying, “We have pardoned anyone, all those who had fought against us”.

“The Islamic Emirate does not have any kind of hostility or animosity with anybody; animosities have come to an end and we would like to live peacefully. We don’t want any internal enemies and any external enemies“, said Zabihullah.

While talking about peace, Zabihullah requested other countries to cooperate and recognize Afghan boundaries and the Taliban government. He said that as other countries have their own policies and rules, thus Afghans also have the rights to do so.

Zabihullah then termed Taliban and himself as a servant of the Afghan nation. Following this he requested international community to cooperate and said that every Afghan want to improve their lives.

Zabihullah also talked about women rights and questions regarding them. He termed this as important issue and said that the Islamic Emirate is committed Women Rights within Sharia framework. He said ,“Our sisters, our men have the same rights; they will be able to benefit from their rights”.

When asked about the guarantee of women rights being practiced in the Taliban regime, Zabihullah said that the Taliban will allow women to work and study, however it will be within certain frameworks. He also assured that women are going to be a very active part of the society. “Women are a key part of society and we are guaranteeing all their rights within the limits of Islam”, said Zabihullah.

These statements about Taliban giving women rights up until now are standing true, since the Taliban has declared amnesty. Which means that they are urging women to come and join the government. Taliban leaders previously were also seen talking to female doctors and ensuring them to continue their work without any fear.