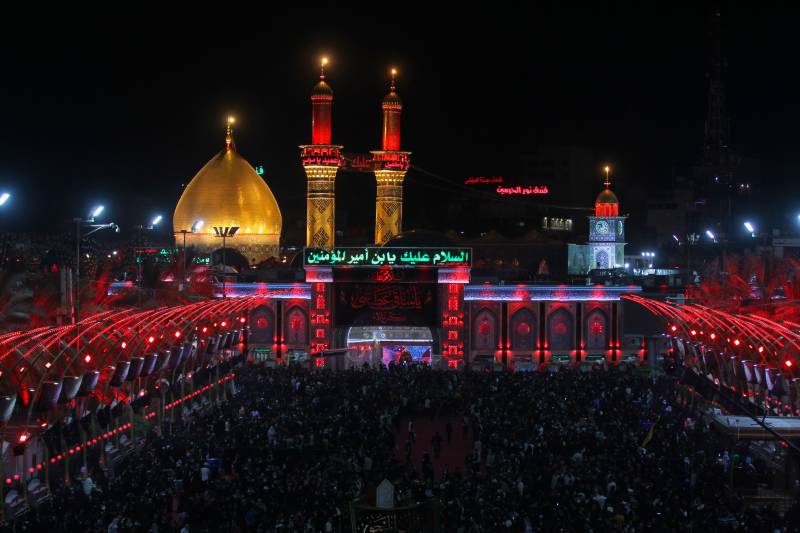 A black day in the history of Muslims. Karbala can undoubtedly marked as a day of immense pain and tears. A biggest loss in the face of humanity and peace. Ashura celebrated as a defeat to oppressions and a win for truth bearers.

10 Muharram 61 Ah is an unforgettable day for any Muslim. A day when Beloved Grandson of Prophet Mohammad (SAW) massacred along with His family. Hussain Ibn Ali (RA) and His companions defeated in the battle of Karbala and brutally martyred. Army of Umayyad Caliph Yazid ordered this horrendous act in order to get empire. But history never forgive anyone. Today Hussain is Alive and Yazid is nowhere to found. Hussain’s Bravery and stick to the veracity makes him Immortal in history. Today on Ashura Muslims gather around and mourn on this loss as well as celebrates the win over dissimulate.

After the death of Umayyad Caliph Muaviyah, the nominated successor Yazid took over the realm. His capital was Kufah where he operates. Because of his oppressions and injustice, people calls Hazrat Hussain (RA) for Bayt. Hazrat Imam Hussain (RA) lives in Medina and serves the teaching of Islam. He (RA) wrote back to people of Kufah and asks for assurance. Then sends His cousin Muslim Bin Aqil to kufah for real picture. Upon arriving people jolts with joy and happiness. They were desperate for Hussain (RA) and His Bayt. Muslim sends back the message and asks to come as soon as possible. Yazid and his companion Ibn e Ziyad comes to know about this. They captures Muslim and on a public trial they ask people their desire. By a great surprise people refuse to acknowledge anything. Muslim beheaded immediately and Yazid send 1000 men troop towards Hussain.

Besides Hussain (RA) left from Medina along with his family including kids and women. A 72 people small caravan was on their way to kufah for Bayt. Near Kufah they distracted by Yazid’s troop. They asks them to change their root to Karbala near River Far’at. Husaain (RA) and company put their camps near river. An army of 4000 men along with Ibn e Ziyad came as well. A siege was around those poor 72 people. After the failed dialogues between both parties they put a ban on water on Hussain (RA). 7th Muharram was the date when there was no water in the camps of Hussain (RA). Moreover Hussain (RA) Stands still on His stance.

Also See: Khalid Bin Walid (R.A), wounded General with a crown of Jannah on His head

On 10th Muharram the barbaric war started. Men in Hussain’s troop fought bravely. But in front of 4000 well equipped army they cant stand a chance. After the Assar prayer when Hussain (RA) fell from His horse. There was a noise of joy and laughter. Shimr ibn thil-jawshan was the person who get to behead Imam Hussain (RA). A truly unfortunate day for Muslims all over.

Today thousands of Muslims gather in Karbala Iraq and mourn over this saddest event in Muslim’s History. In the huge shrine of Hazrat Imam Hussain (RA) people reminds themselves that great sacrifice of Him (RA). Muslims from All over the world came her for Ziarat and offerings. The shrine of Hazrat Abbas (RA), half brother of Imam Hussan (RA) is also nearby. People of all ages comes here to re live and pay tribute to martyrs.

Water and beverages distributed by people to feel the thirst of Ehl e Bait. Majlis, Niaz, jam packed walk as well as as Sabil of milk and water are main highlights of this month. Ashura also observed by every Muslim country. In Pakistan there are huge majalis and gatherings anticipated. It observed from Ashura from 40 days prior for mourn.

In the recent event of Corona virus, number of devotees affected by great extent. Iraqi Government made sure the safety measures and proper SOPs implied in shrines and gatherings. But still a huge number of people may not attend their ziarat this year.