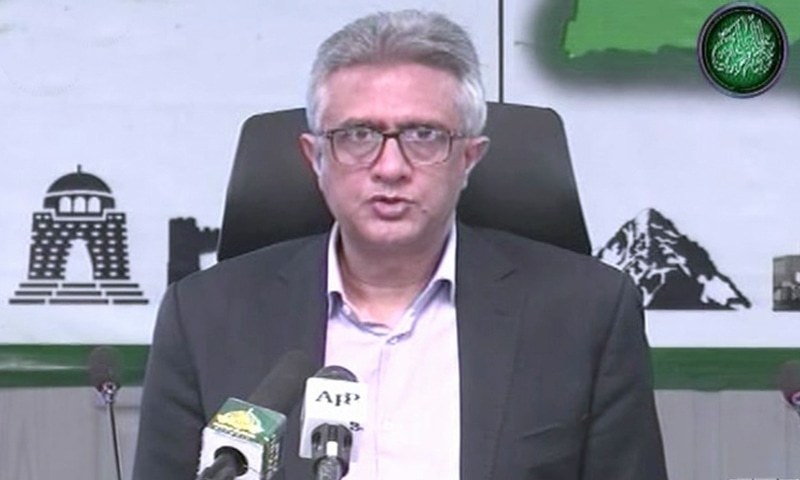 In his letter to the UK government, PM Special Assistant on health, Dr. Faisal compared Pakistan’s COVID-19 situation with that of other countries. Dr. Faisal used the difference in the pandemic situation to point out ‘Obvious Discrepancies’ in UK’s decision to put Pakistan on COVID-19 Red List.

ISLAMABAD, PAKISTAN – The Special Assistant to Prime Minister on health, Dr. Faisal Sultan recently wrote a letter to the UK government. In his letter, Dr. Faisal compared the COVID-19 situation in Pakistan to the other countries in the region. He did this to highlight the discrimination that Pakistan has faced by being added into UK’s COVID-19 Red List.

Human Rights Minister, Shireen Mazari shared Dr. Faisal’s letter on Twitter. In the letter, he suggested the UK government to shift attention towards “Interventions focused directly on traveler, rather than on other metrics”. Moving forward he proposed a three pronged approach. The three pronged approach includes

All three of which would ensure that the traveler will not spread the virus.

UK currently operates on a traffic light system for international travel. Which categorize countries according to the number of COVID-19 cases and allows countries rated green for a quarantine free travel. Dr. Faisal thinks that replacing the focus from the traffic light system to the three pronged system would shift focus directly onto the traveler.

Pakistan alongside India was put into the red lists because of the increase in COVID-19 delta cases in April. The countries were in there until recently, when the UK government on August 8 decided to pull India out of the Red List. This enraged Pakistanis living in the UK.

The decision lacked any possible reasoning because the number of COVID-19 cases in Pakistan were significantly lesser than that of India. Thus the decision received large amounts of criticism. Even British law makers questioned this decision by the government.

In Britain’s defense, they said, ”They have made this decision based on combination of deteriorating epidemiological situation, combined with low testing rates and limited genomic surveillance in Pakistan.” It also raised concerns over Pakistan experiencing the fourth wave of COVID-19.

In his letter, Dr. Faisal has provided strong data and comparisons on the basis of which he criticized UK’s decision to keep Pakistan in the red list but remove countries such as India, Bahrain and Qatar off it.

Dr. Faisal defended Pakistan in the letter saying that the Prime Minister of Pakistan has himself confirmed that the tests being conducted in Pakistan are “A large enough sample size to be a sensitive and accurate barometer of the epidemic”. He also said that Pakistan in comparison to countries like India, Iran and Iraq has lowest total deaths per million people. Thus being the lowest in the region. While Pakistan’s daily vaccinations per 100 people is the highest in the region.

At the end of his letter, Dr. Faisal mentioned a brief overview of Pakistan’s COVID-19 response. Then went onto saying that the Pakistan’s COVID-19 prevention efforts have been recognized by both the UN General Assembly President, Volkan Bozkir and WHO Director General, Tedros Adhanom Ghebreyesus.