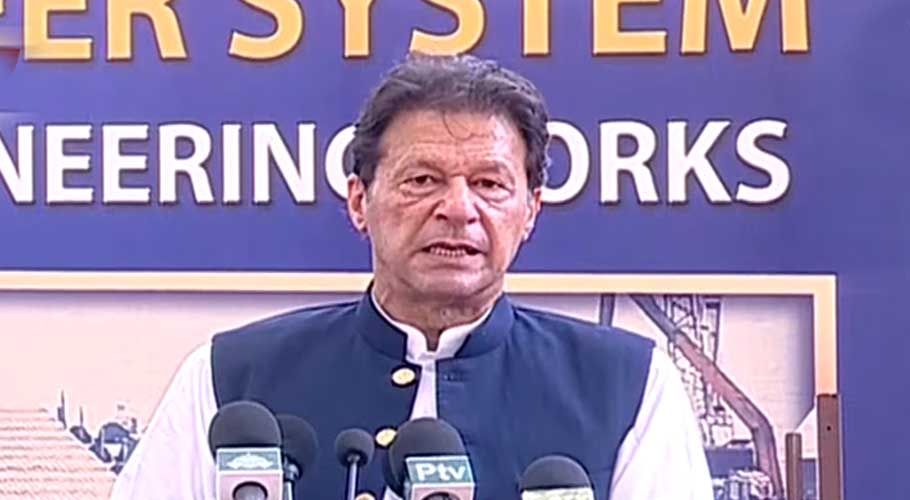 After inaugurating the shiplift and transfer system, PM Imran Khan said that technology is helping Pakistan to progress.

KARACHI, PAKISTAN – On Tuesday, 10th August 2021, PM Imran Khan visited the country’s economical hub, Karachi on a one day tour to examine performance the Government of Sindh has given with the allocated funds. The day started with him inaugurating the new shiplift and transfer system at the Karachi Shipyard. The new shiplift is a step towards the better future of Pakistan’s shipping industry, since it would largely increase its efficiency.

The new shiplift and transfer system

The new shiplift and transfer system, inaugurated by PM Imran Khan, works on a technology that ports of Karachi has never seen before. The system is designed to lift ships weighing up to 7900 tons thus making it the best for every job. This new system will easily be able to lift ships from the sea to ground level.

Imran Khan at the inauguration ceremony discussed about different developments and technological advancements. While addressing the ceremony he said that Pakistan did not progress as rapidly as it should have. Just because of things like corruption and money laundering. He further added to this statement saying “Since I grew up side-by-side with Pakistan, let me say on this occasion that we were not able to progress and reach our potential as we were supposed to.”

The PM also pointed out the deeply embedded consumerism in the Pakistani society. He said that instead of standing on their own feet Pakistan lost its way. Imran Khan explained the situation using an excellent example. He said, “We became an import-led economy and Pakistan started relying on foreign aid, we didn’t recognize our power. Whenever someone starts to depend on crutches, his physique deteriorates.”

Khan also highlighted his government’s goals, saying that they currently want to attract maximum foreign investments. While reducing money laundering so that money does not leaves the country.

He also went onto giving references to the prophets life and rule over State of Medina. He said that any state which adopts the principles of Riyasat e Medina will surely rise above problems and definitely succeed.