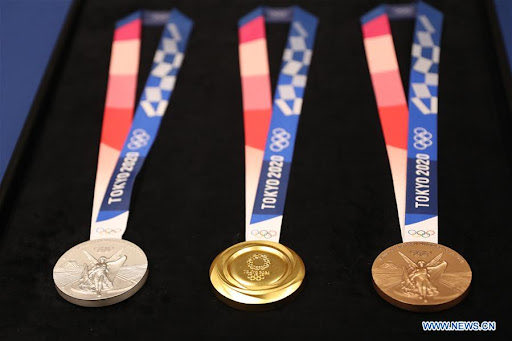 TOKYO, JAPAN – The Tokyo Olympics 2021, apart from being an excellent competition of world class athletes, has now also proven to be an event that cares for the wellbeing of mother earth. Tokyo Olympics for the first time in Olympic history made its medals out of electronic waste. Apart from Tokyo Olympics authorities Japan’s citizens were also an active part in the project.

The whole process took years and an initiative called ‘Tokyo 2020 medal project’ made it possible. Japan with its medal project was able to recycle tons of its electronic waste. Moreover, Japan was also able to send across an important message for keeping the environment clean.

Tokyo 2020 medal project has ‘2020’ in its name. This is because Tokyo Olympics was originally scheduled in 2020. The Tokyo medal project was the starting idea behind the medals produced with electronic waste. The medal project initiative started as early as 2017 and for over two years conducted numerous drives to collect electronic waste all over Japan. Different schools, colleges and universities organized collection drives. People were encouraged to donate their broken or no longer in use electronics.

The medal project ended in 2019 and the collection was brought together. Grand total of the waste collected was a total of 78,985 tons. The collected deposits contained over 6.21 million used phones and other such small electronic waste.

The electronic waste then went through separation, melting and a refining process . The extracted metals were a total of 32kg gold, 3500kg silver and 2200kg bronze. Olympic organizers then used the extracted metal to make 2500 medals for the 2021 Tokyo Olympics.

Japan with its medal project was able to clean out thousands of tons of its electronic trash while also making its people feel that their electronic waste is contributing to something this big.

While Tokyo Olympics made the medals out of recycled electronic waste. It also did not compromise on the ribbon that holds the medal. According to organizers. The ribbons have recycled polyester fibres. Which emits lesser CO2 in the production stage.

This made the whole medal producing process a whole lot eco-friendly. While also setting an example of how recycling can prove to be so effective in saving the environment.

The eco-friendly production of Olympic 2021 medals was surely a powerful act. The production showed people the importance of recycling and also inculcated a feeling for the environment in them. The Tokyo medal project received worldwide appreciation for it. Olympic viewers and environmentalist from all over the world appreciated Japan and the medal initiative.

How Japan might have created a new Olympic tradition

The eco-friendly medal production was purely an act of environmentalism. The production was an excellent initiative and has received worldwide attention. Since the recycling of electronic waste contributed to ending pollution and has a greater motive than just producing medals. Future Olympic games might continue with this tradition.