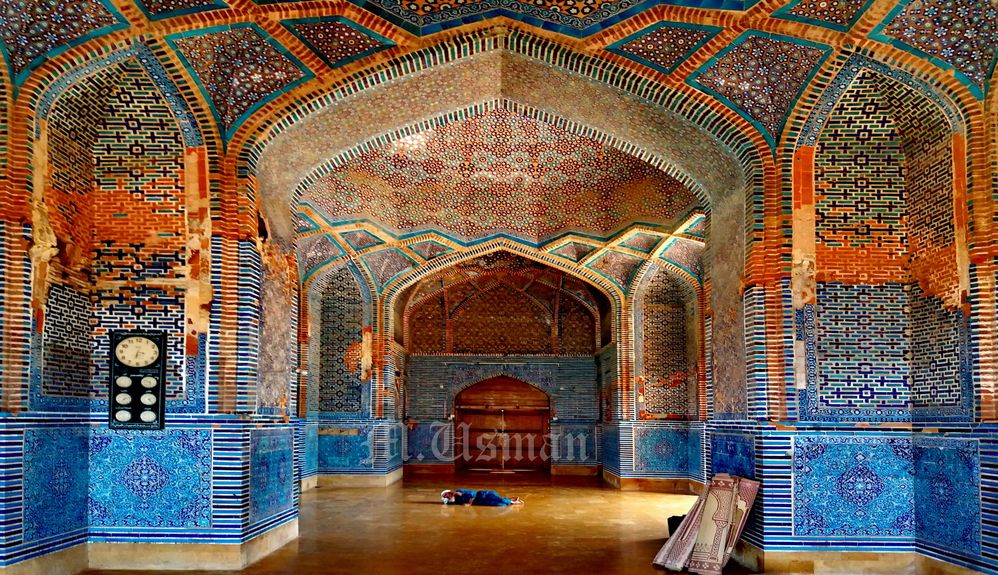 Along with other beautiful customs, Mughals built a fabrication to pay their gratitude towards common people. Shah Jahan Mosque is undoubtedly a prodigy in the world of modern construction.

THATTA, PAKISTAN – Outside the skirts of Karachi city, a lot of historical monuments knock around. There are many calling us for exploration and admiration. In addition to them one is Shah Jahan Mosque. Other names of Mosque are Shah Jahani mosque or 100 Dome Mosque. You can find it 100 kilometers from Karachi. In Thatta City, near Makli Necropolis. Mughal emperor Shah Jahan built this magnificent mosque in 17th Century . King went there for official progression and hospitality of common man wins him over.

He built this mosque in order to pay tribute to their appealing gestures. It was also a compensation for loss happened to city in recent events. Mosque starts building in 1644 and completed in the time span of 3 years. King Aurangzeb renovates in 1659 and gives it a eastern touch. On the other hand mosques shows the creativity of Persian, Turkic and Timurid architecture in its foundation.

This mosque is one of a kind in the region. It has Central Asian as well as typical Sindhi style of design. Shah Jahan Mosque is around 6316 square yards. It has 5 gates, One main gate, two small and two at the back end. Around 20,000 devotees can pray here at a time. It has the most beautiful and unique tile work in it. Use of blue tiles and red brick gives it a lot of character and charm.

Another beautiful detail is in its domes, it has 93 domes. But locally it is known as 100 domes mosque. Anyone who visits this counts the dome to know exact number but everyone get new number. Additionally it has mesmerizing natural sound system. If a Moazan calls for prayer in one corner, you can hear it in any corner of masjid without any external source. Shah Jahan mosque is only mosque that need no fan or air conditioner following it is always windy and breezy all the time.

Mosque was renovated in the era of Murad Ali Khan Talpur in 1812. UNESCO declared it World heritage in 1993. After that the restoration process is bare minimum. Authorities are not interested saving this rusting monument. There is no sufficient supply of water in the vicinity. Fountains are not functional due to lack of water. If government pays attention and allot few funds in its renovation like Badshahi mosque and Masjid Wazir Khan, it can attract many international tourists as well as local visitors.