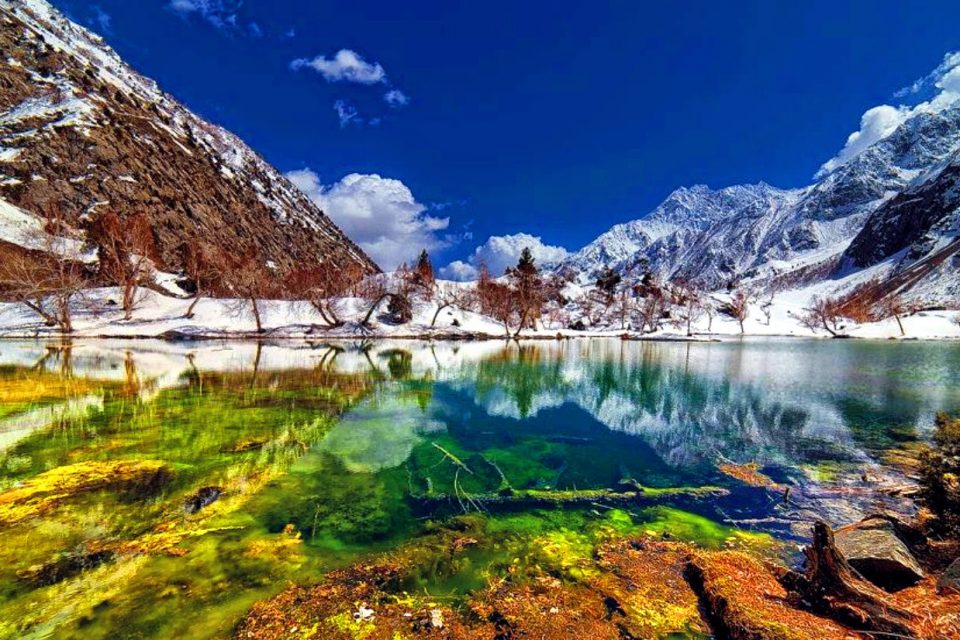 Starting from a difficult route and bumpy jeep ride, You can witness one of the lusciously enriched valley. However a few discrepancies may not be much of a problem.

40 kilometers from Hunza, a mere 2 hours of stony jeep ride you are here to witness alluring valley of Naltar. If you have a slightest idea of Naltar, the travel is also an experience. This valley is all about lakes, lush green forest and snow covered peaks. Despite of grinding road around 50 thousand tourists come upon to capture this beauty in their memories. Government is taking enough steps to facilitate tourists in order to increase tourism in this area.

The most amazing part of Naltar is most of the area is covered in tall, exuberant trees. Forest is also known as Halima Forest. Country area is mostly consists of agriculture and nomads. Major source of income of people is cultivating scrumptious fruits and tourism. People are welcoming and warm towards everyone. Scenic beauty and pure water lakes makes it no less than heaven.

There are two parts of Naltar, Naltar Paaen (lower) and Naltar bala (upper). There are around 5 lakes in the vicinity. there names are

To reach lakes you have to travel all over to Naltar bala on jeeps or trekking. Satrangi Lake is the most famous lake of them all. As its name depicts, water of lake shows 7 colors. the most prominent colors are blue, green and surprisingly Yellow. Lake is surrounded by tall trees that makes it more alluring and attractive. Many tourists come up here and admire its beauty. Moreover rest of the lakes are equally beautiful and appealing. Due to heavy flow of water a fully functional Hydropower Plant is Built here. It fulfils the electricity needs of public efficiently.

You can visit Naltar in both summers and winters. Ideal time to visit valley is June to September. because in winters you cannot reach to many lakes. However there are enough sports to entertain tourists in winters as well. You can witness snow covered peaks as well as a rare breed tiger. A Ski Resort is also establish here because of popularity of winter sports. Pakistan Air Force handles the ski resort and they made sure that about the maximum security. With the annual fee of 2500 Rupees you can get a full year membership of resort as well.

If you want to see wonder of Allah in this world, you should visit Naltar one in your lifetime for sure. A small but alluring area soothes your aesthetics as well as gives you great peace of mind.