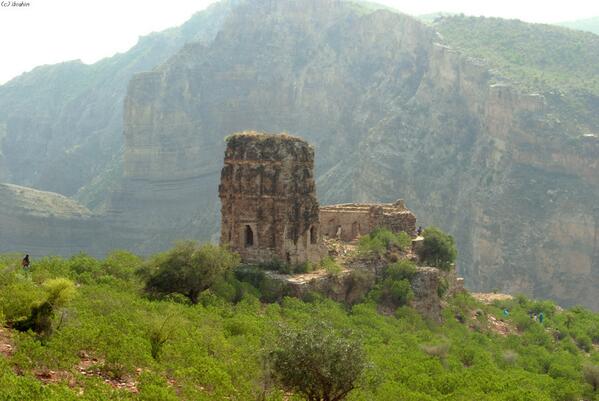 Government should take initiatives to promote Education and Tourism. Such as building schools and universities around the area to better preserve the heritage site of Al-Biruni Lab!

CHAKWAL, PAKISTAN – Pakistan’s Prime Minister, Imran Khan on February 27th of this year, made a Tweet about how he will be visiting a heritage site named Al-Biruni Radius. Al-Biruni Lab is located in the beautiful location of Nandana Fort Jhelum.

With his tweet, the PM brought the heritage site under a lot of spot light and people that previously did not know about it learned about history. The next day Imran Khan visited the site and told people and the media about the site and its historical and economical importance.

Al-Biruni Radius and Lab, dates back to the 11th Century is surely a heritage that shows rich culture and knowledge that Islam possessed in Golden ages. In the golden ages of Islam dated from the 8th up until the 14th century many legends were born in this era.

This Islamic Scientist of the golden age made many important discoveries and inventions. These invenstions have made a big difference in how we study and practice subjects like Geometry, Chemistry and Math. One such legend of the Islamic golden age was ‘Al-Biruni‘. Al-Biruni was a scholar and polymath, which means that he had specialized knowledge of many subjects. Al-Biruni was well versed in almost every science of his era.

The reason for naming the heritage site after Al-Biruni is something that makes this site significant. It is said that when Al-Biruni came to Jhelum in the 11th century, he set up a laboratory for himself at the Nandana Fort. It was during his stay at the Nandana Forts that he quantified and discovered the ”Circumference of Earth”.

This discovery by Al-Biruni was surely one that made a significant impact on science. Al Biruni, later in his book wrote about his visit to Jhelum and Nandana Forts. He said that the region of Nandana is great for learning subjects like Geography because of its location.

Mohatta Palace: A Magnificent love story with a spooky twist

The Laboratory – Site for education and tourism

The remains of Al-Biruni’s laboratory are still present at Nandana Forts, Jhelum. Imran Khan, after his visit at the historical site, had a press conference about his visit. He said that developed countries all around the world make significant efforts to preserve their heritage sites. He added to his statement that Pakistan, despite having significant amount of heritage sites, fails to properly preserve them.

Imran Khan’s visit brought out attention to the place. To increase revenue, Imran Khan announced the Al-Biruni Radius project which focuses on increasing tourism in the region.

To further improve the condition and inculcate the importance of the site in people’s mind, educational institutes such as school, colleges and universities should be set up around the area. Apart from that a museum that showcases Islamic history and discoveries should also be there. Eventually it will bring out a lot of visitors and tourist to the site thus increasing Pakistan’s tourism revenue.