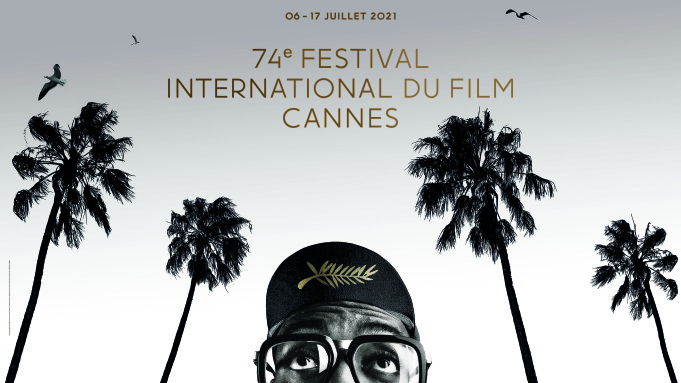 FRANCE – After hitting the pause button in 2020, the Cannes Film Festival rolled out the red carpet once more. The list of celebrities brought their fashion upfront. With 74th season about to get underway, international Festival de Cannes is one of the world’s most widely publicized events. It is certainly the most important film festival worldwide.

Cannes Film Festival is taking place from 6–17 July 2021 after having been originally scheduled from 11-22 May 2021. In March 2021, American director and Screenwriter, Spike Lee was invited as head of jury for for second time. After the COVID-19 pandemic in France scuttled plans to have him head the jury of the 2020 Cannes Film Festival.

As Sophie Monks Kaufman, Co-Chair of Pressure Group Times Up UK Critics pointed out, “Statistically female representation is worse this year than in 2019 as the competition line-up has swollen from 21 to 24.”

“Four women in the competition — I’m the first to think that it’s not enough,” Festival Director, Fremaux told, adding that the festival has, however, clearly positioned itself against quotas. “No film will ever be selected on the basis of the director’s gender, race or religion,” said Fremaux, “But if we are hesitating between two films and one is by a woman, we will pick that one. We do the same regarding geography. Cannes is a universalist festival.”

Celebrities on the Red Carpet with unique persona

Bella Hadid arrived at the festival’s opening ceremony and “Annette” screening in a vintage Jean Paul Gaultier gown. The dress had a twisted halter top made from Black mesh underneath a strapless white gown that sat beneath her bust. Some of the mesh material was also attached to the back of the dress, creating a wide train that fanned out behind the model. Hadid completed the look with dangling earrings, an updo hairstyle, and pointed black pumps.

The other look was created by Schiaparelli – A long black gown with deep neckline and a iconic Gold Lungs necklace.

c opted for a nude jumpsuit with sparkling details. The Etrog design had floor-length pants, long bell sleeves adorned with sparkling fringe, a deep V-shaped neckline, and sparkles arranged in swirled designs from top to bottom.

What exactly is the #FreeBritney Movement?

The model’s jewelry, on the other hand, was even more extravagant. She donned a 39-carat white gold necklace hand-set with 1,928 diamonds, and chain-style earrings made from 564 diamonds. Both were designed by Pomellato.

Out for his first red carpet event since February 2020, the French Dispatch Actor, Timothée Chalamet ensured all eyes were firmly on him. He attracted the limelight by slipping into a metallic blazer and matching high-shine trousers by Tom Ford and adorning his fingers with Cartier rings aplenty.

Adam Driver unveiled during the fest that he is the new face of Burberry’s upcoming fragrance. Fitting that he should wear one of the British brand’s elegant English-fit mohair-wool dinner suits for the premiere of Leos Carax and Sparks brothers-directed Annette.

At the 2021 Cannes Film Festival, more celebrities started to join the movement. Helen Mirren, Andie MacDowell, Tilda Swinton, and Jodie Foster are some of the actresses who prove to have the power of the Gray Look. After all, it adds that touch of not-so-obvious beauty, a certain mystery, and more personality to the look. It’s worth saying that, although the white threads are wonderful, they require extra care.

“Like our skin cells, hair root cells also age, generating a more dehydrated, thin, and dull hair strand. In addition, with aging, the deposition of keratin is altered, generating hair whose thickness is irregular, which gives the fiber a rough and contorted aspect,” says dermatologist Dr. Claudia Marçal.