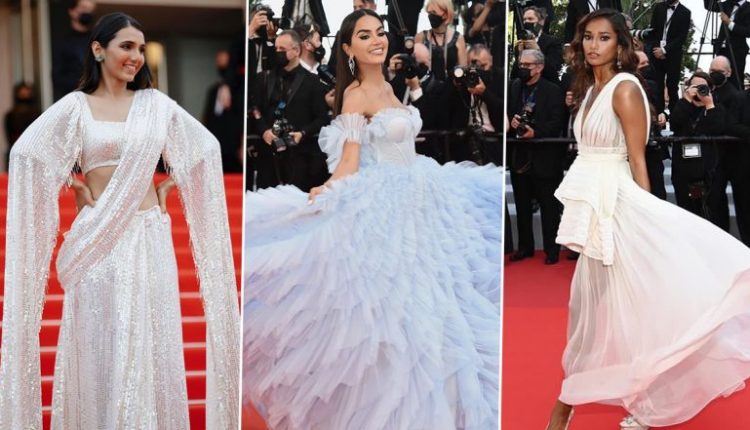 Actresses, Models and Influencers from different parts of South Asia attended the Cannes and grabbed attention on the red carpet.

FRANCE – Ongoing Cannes Film Festival 2021 saw South Asian representation in the forms of actors and influencers from the region. Take a look on their exemplary fashion statements.

Bollywood actress Amy Jackson walked the red carpet of the 74th Cannes Film Festival, on Wednesday. While most other Bollywood actresses haven’t made it to the celebrated film festival this year, Amy was seen adding the much-needed Bollywood stardust to the event. She looked extreme gorgeous in an off shoulder burgundy gown at Cannes.

Influencer Farhana Bodi also stunned in yellow for the red-carpet event. Farhana Bodi wears a strapless yellow ball gown at the 2021 Cannes Film Festival. Her vibrant dress was strapless and had a ruffled skirt that was short in the front and long in the back. The latter part of the dress was also extremely long and extended into an elegant train behind her. The gown was custom-made for Bodi by Atelier Zuhra.

The Indian Influencer, Diipa Buella Khosla made an impression on the red carpet with her iconic Metallic Blue gown.

Bangladeshi actress, Azmeri Haque attended the movie pageant as her movie ‘Rehana Maryam Noor’ was screened there. She grabbed eyeballs in her Dhakai Jamdani sari.