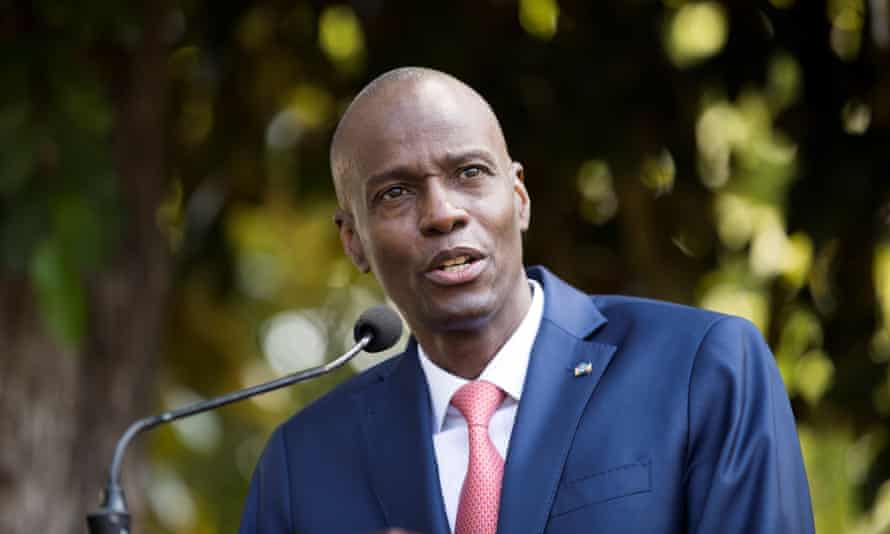 The Assassination of the President disrupted the whole country. Authorities investigating the case, say that a foreign hit squad is responsible behind the murder.

PORT-AU-PRINCE, HAITI – President Jovenel Moïse of Haiti was fatally killed in the late hours at night on the 7th of July in his private residence on the outskirts of the Port-au-Prince, the Capital city. The event has shaken the country to fear. People are now scared for their lives considering how easily such a well-known personality with so much protocol was assassinated. They fear their fates as normal citizens.

Carl Henry Destin, a Haitian justice of the peace, said that he found the President in a brutal state. According to him, “There were 12 holes visible in the body of the president that I could see,” and “He was riddled with bullets.”

No only this, but his house seemed to be a mess too. Destin, in his statement had further stated ,“Drawers were pulled out, papers were all over the ground, bags were open, while two of his servants were also tied up”.

Mrs. Moïse was also injured during the assassination incident. However she was in a stable condition and was transported to the Ryder Trauma Center in Miami.

The attack on the President came out of nowhere and there were no specific warnings or threat prior to it. The motive of the assassination is still unclear. Mr. Moïse always had a great security system where he travelled with armored and police cars. Even his private residence was decked up with 100 armed guards according to the former Prime Minister Laurent Lamothe. Such an event taking place despite such a strong security seems unreal. It is suspected that an insider was involved.

However, investigations are in order. From what has been gathered officials believe that the assassination was carried out by a group of foreigners who happened to speak Spanish. Taking this information further, 20 people have been detained as a part of investigation, two of whom happen to be American.

Joseph Vincent, 55, and James J. Solages, 35, Florida residents of Haitian descent, are the two Americans who have been detained. Strong proofs have been gathered against them. However proofs are not revealed yet and the fact that how were they associated with the attack.

According to sources, Clément Noël, a judge who is involved with the investigation, said on Friday that Mr. Vincent and Mr. Solages claimed that they were not in the room when Mr. Moïse was killed. They had worked only as translators for the attackers.

Also See: See who was arrested after Haiti’s president was assassinated

The two suspects claim that they had met with the killing squad a month back and the goal was not to kill the President but to bring him to the national palace. However, things for some reason accelerated further.

Another 18 detained suspects were described as Colombians and were strictly investigated.

Who will be the replacement?

However, while the country is in the tremors considering the security system, another question has risen. Who will be taking over the state temporarily?

In the next few hours after the assassination, prime minister Claude Joseph announced taking over charge and took control of the police and army. He declared a “state of siege” for 15 days, essentially putting the country under martial law. However, the public isn’t clear as to if he is in the right position to announce this because days prior to the assassination. Mr. Moïse had appointed a new prime minister, Ariel Henry, who was expected to take his oath in the coming weeks.

So Mr. Henry claims that he should be the one in charge.

Also See: The story behind ”Usman Mirza” case in Islamabad

Considering the security measures, the Haitian government officials said they had asked that the United States provide troops to help protect the country’s key infrastructures as the nation faces unrest from the assassination.