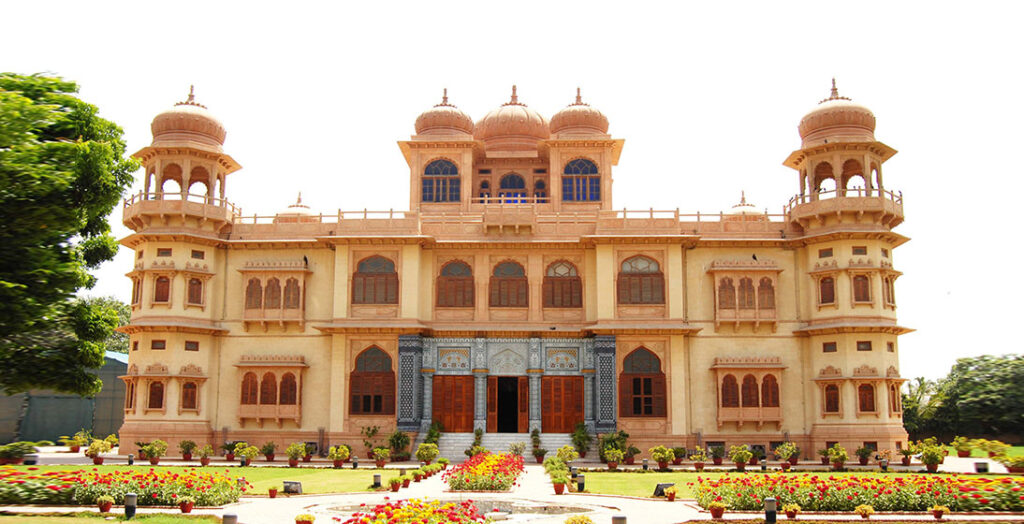 KARACHI, PAKISTAN – The Mohatta Palace, located in Clifton, Karachi was built as a summer home in 1927 by Shivratan Chandraratan Mohatta, a Marwari businessman. It was built by the renowned architect of that time Ahmed Hussein Agha , the first Muslim museum architect. A five storey palace speaks itself about the golden era it has seen. The beautiful windows and facades are worthy enough to show the association of owner to each of its brick.

It is said that it was built by Mohatta to cure his extensively ill wife. Doctors suggested that fresh air might cure her. This reminds of a legendary love story of Shah Jahan and Mumtaz which results in Taj Mahal. But the only difference is Mohatta Palace was built to cure her illness. Meanwhile Taj Mahal was a tribute of love from Shah Jahan after the death of his beloved wife.

After partition, Government of Pakistan took control of palace. It also remained short term residence of Fatima Jinnah, Zulfiqar ali Bhutto and few others politicians. In the era of Benazir Bhutto, she takes special interest and got it renovated after 10 years. The official name of palace is Qasr e Fatima but due to its historical importance and indulgence it’s commonly known as the Mohatta Palace.

Here is the interesting part of palace comes. During renovation the workers and care takers of palace start witnessing spooky activities which includes the strong feeling of unearthly presences and movement of objects. It is said that is possessed by British Raj ghosts because they love the premises so much. Another interesting detail of palace is its tunnel. Mohatta built a tunnel in the basement of palace which leads to a temple. It was build so his wife could offer her rituals in complete tranquility. With the passage of time the way is kind of blocked and filled, which makes it more spooky and dreadful.

Even after so many years it is still one of the haunted places of Pakistan and people fears to go inside in daylight as well. A lot of care takers and witnesses say that they have seen a light traveling inside the palace despite there is no one in the palace at that hour. It is one of those tourist points that is loved and feared by people at the same time. So is it spooky or just a folk story to make it interesting. visit for yourself and enjoy the luxurious possessed premise of our beautiful country.