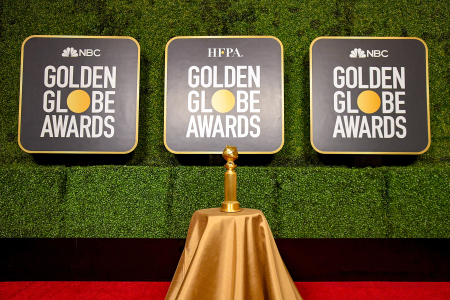 On Wednesday, the Golden Globe awards announced that it will change some of its set reforms from this year onwards.

According to the Golden Globe organization, the new changes will allow foreign language categories to more diversely take part in their desired top categories. This immediate change was brought about when NBA cancelled off next years’ award show when a large mass of pubic called out the award show on its defciency in diversity and transparency.

Apart from this, a Korean shot film set in Arkansas was restricted to foreign language category this year and was not allowed to take part in the best comedy and best drama categories which it so rightly deserved. A similar event took place for ”Parasite as” well which was also restricted to only a number of categories.

Due to this the Hollywood Foreign Press Association, received a lot of criticism. This change was also brought due to the fact that HFPA was receiving a lot of negative allegations because of the racism, sexism, bullying and corruption among its ranks that was being imposed on the films and categories.

The HFPA also tried to change some slight reforms last month to push these comments under the rug, however, the backlash and criticism has been too deep to die down with slight changes. Two HFPA members also resigned calling the group “toxic” while A-listers such as Scarlett Johansson and Tom Cruise condemned this claiming that these changes were rather slow.

On Wednesday, the HFPA said the majority of its membership had “completed diversity, equity and inclusion training sessions, and significant strides have already been made in restructuring the organization.”

HFPA president Ali Sar in a statement to AFP, in response to the changes said, “As we re-examined our guidelines this year and listened to the industry, we decided to adopt new approaches for future shows ensuring these films receive the attention they deserve”

According to him, “Language will no longer be a barrier to recognition as the best”.

The changes that are to be brought about will include, hire diversity members, register a hotline for complaints and ban members from accepting gifts.

The changes have been decided and according to Sar on Wednesday said that majority of membership “completed diversity, equity and inclusion training sessions, and significant strides have already been made in restructuring the organization.”

Furthermore, according to him the changes “will immediately go into effect, regardless of the next air date of the Golden Globes, demonstrating our commitment to diversity and inclusivity throughout all aspects of our work.”

However, though changes are being implemented it is still a question that will these questionable behaviors that are being addressed return after a few years’ time, but with Netflix and Warner Bros rejecting to work with them until permanent changes are made will probably bring changes for good.