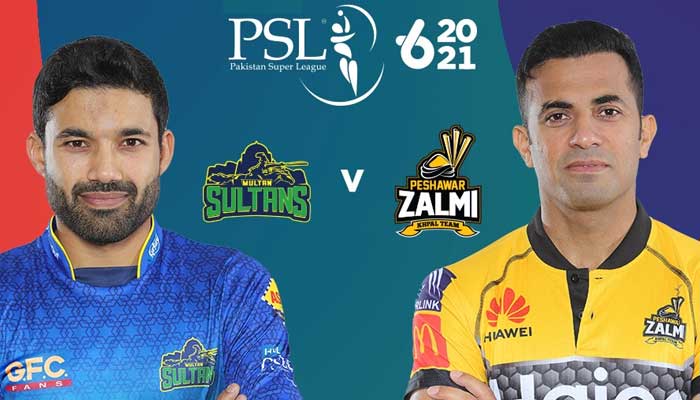 ABU DHABI, UNITED ARAB EMIRATES : The sixth edition of Pakistan Super League (HBL PSL 2021) has been a journey of unexpected twists and turns. Peshawar Zalmi and Multan Sultans will play against each other for the cup and the champion of PSL 2021 will be finalized.

The tournament between the six teams of the most prominent cities of Pakistan has finally come to an end. The point table took unexpected shifts as Karachi Kings defeated Lahore Qalanders – Lahore was leading the table a week ago and Multan Sultans defeated Islamabad United – Another points leader has to leave their place.

This is the first time Multan Sultans reached the final round of PSL. Under the leadership of Muhammad Rizwan, the team has lead to tremendous wins and consistence in the performance that the whole nation is excited to see the team in the finals and curious if the team will bring the cup and make the nation even more proud.

On the other hand, Zalmis have played the finals thrice so they are quite familiar to the exhilaration and enthusiasm associated with the series and since Peshawar bagged the PSL trophy in 2017, Wahab Riaz lead team is all set to win the title again.

Condition of Pitch and Weather

Probably a wild guess that’s made is the weather will be hot.

Although, Abu Dhabi’s pitches have always been difficult, be it un-predictable, and almost all kinds of expectations and expectations have been met in this very ground during the tournament, the experts are making a guess of 200+ target and difficulty in chasing.

Player of the tournament – Rs3million