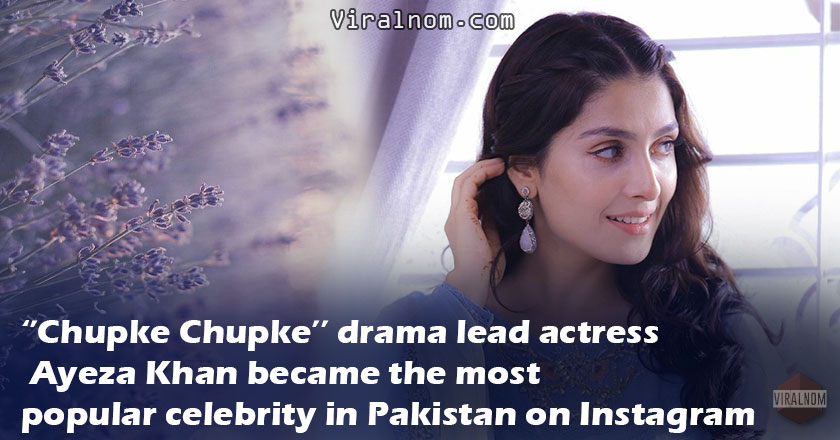 Pakistani actress Ayeza Khan (Original name; Kinza Khan) recently became the most famous actress after getting 9.1 Million followers on Instagram. She was starred as ‘’Meenu’’ in the recent play Chupke Chupke which got tremendous appreciation from the viewers and her role was also widely celebrated among the audience.

The diva started her career at the early age of eighteen. She started off with modeling and acting in advertisements. Her acting skills got her the opportunity to act in dramas mainly in recent Chupke Chupke drama.

She has been a part of a series of great dramas which have audience have huge fondness for. Some of her dramas include ‘Adhoori Aurat’, Do Qadam Door Thay, Pyaray Afzal and critically acclaimed ‘Mere Paas Tum Ho’.

Claiming another success of being the most popular actress, Ayeza Khan has even more levels of achievements to unlock and make Pakistan proud. The team wishes her best of luck.