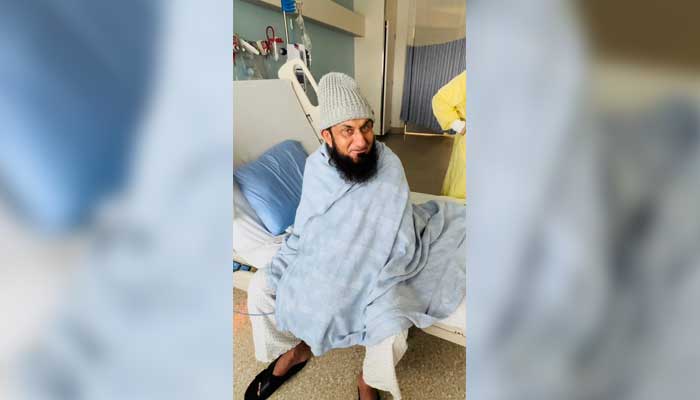 In addition, he informed people that his father had heart problems and complained of chest pain today at 1:00 PM Pakistan time. Family members immediately transferred him to the shift. Thankfully, all of his medical procedures were successful. Maulana Tariq Jameel also released a statement video after the successful treatment of his Heart Attack via YouTube. He told his audience that he is currently stable and in perfect health. However, he was still in the hospital at the time of his statement. The family members were concerned because Maulana Tariq Jameel is away from home during his illness. Family members requested people to offer prayers for his well-being on their behalf.

Additionally, the son urged people on social media to stop spreading untrue information about his father’s health. Waseem Badami, a television host, reported that the scholar had a successful operation earlier today. Moreover, he reported that the hospital staff was monitoring Maulana in a critical care unit (CCU) at the Toronto hospital.