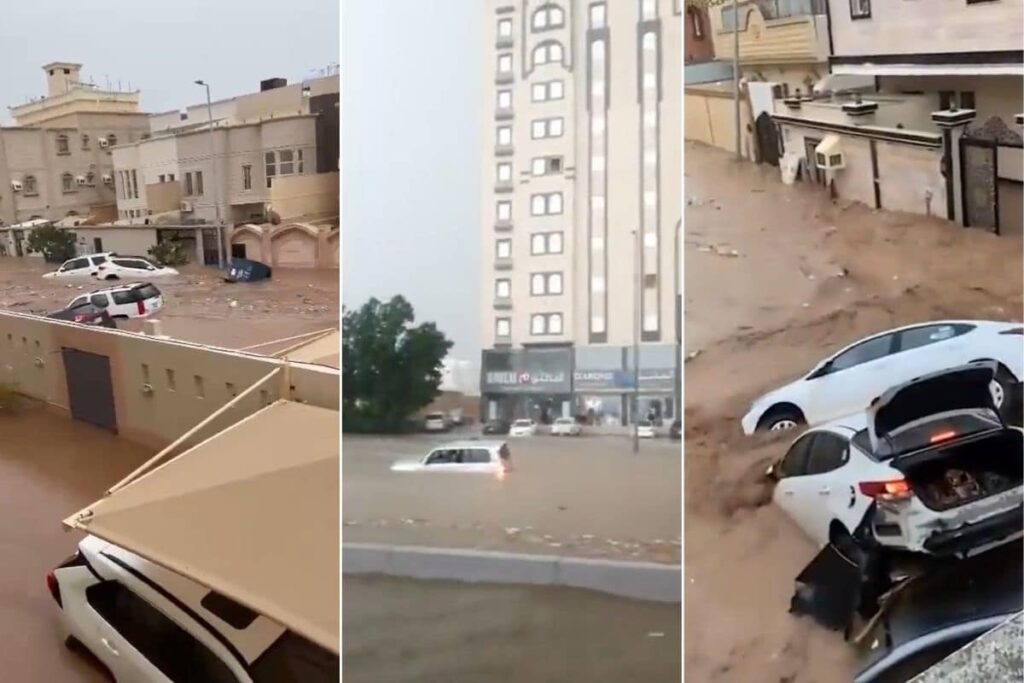 Two Dead, Schools Closed, Flights Delayed As Saudi Arabia’s Jeddah Floods Amid Heavy Rainfall. The road to Makkah is closed. A lot of flights are delayed as the airport is closed for an indefinite time.

Heavy rainfall in Jeddah led to severe flooding in the west of Saudi Arabia on Thursday. Private schools and universities in Jeddah were closed. Flights were delayed at King Abdulaziz International Airport in the west coast city. Videos shared by residents showed Jeddah struggling with the aftermath of the rainfall as severe flooding shocked the area. Cars were swept away, streets were engulfed and the property was destroyed by the floods.

“Two deaths have been recorded so far, and we call on everyone not to go out unless necessary,” the Mecca regional government said on its Twitter page. The Mecca region includes Jeddah, the Kingdom’s second-largest city of roughly four million people. And Mecca city, the holiest city in Islam where millions perform the hajj and umrah pilgrimages each year.

The road connecting the two, which many pilgrims use to reach Mecca, was closed on Thursday once the rains began. State media reported, although it was later reopened, authorities said.

Saudi Arabia’s National Centre for Meteorology registered the highest recorded rainfall in Jeddah’s southern area between 8 am and 2 pm, the Saudi Press Agency reported. Rainfall stood at 179mm it said, beating a previous record rainfall from 2009.

Director of the Forecast Department at the NCM Hamza Kumi said light to moderate rain is expected in Jeddah until Friday morning. Earlier, the NCM had warned of moderate to heavy rain, accompanied by surface winds, hail, and low visibility in several parts of the Makkah region. Including Jeddah, Rabigh, Thuwal, and other coastal areas.

Last year, a plunge in temperatures in Saudi Arabia also resulted in floods in many parts of Jeddah. Saudis used the hashtag “Jeddah now” to share videos of the extreme weather conditions, and the same hashtag was in use on Thursday.