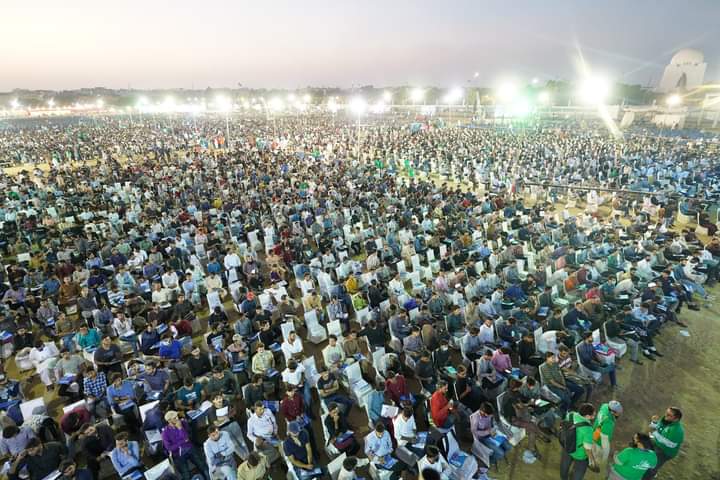 Alkhidmat Foundation took the biggest IT aptitude test in Karachi. Bano Qabil is an IT skill program. Alkhidmat Foundation initiated the program whereas Jamaat-i-Islami (JI) announced its launch. Alkhidmat is a welfare wing of the National Political party Jamaat-e-Islami. Recently, it offered huge skill-based IT programs for anyone who was willing to learn. Alkhidmat collaborated with leading educational institutes and a complete team of professionals. The foundation offered courses in Freelancing, web development, application development, graphic designing, and digital marketing. Moreover, the program also includes teaching the rising trend of Amazon Virtual Assistant skills.

Jamaat-e-Islami said that the successful candidates will be participating in four to six months of courses. Moreover, the Al-Khidmat foundation would also help successful candidates in searching for a job opportunity. This means that the program will not only allow the participants to learn new digital skills but also get a secured job. According to an estimate, the Al-Khidmat foundation is offering courses that cost between Rs. 50,000 to Rs. 80,000. Jammat-e-Islami claims that it is funding the whole program. However, this is the first time any political party in Pakistan is offering such a program. These kinds of programs are generally under government funding and supervision.

The foundation organized the test to select only the best candidates from all the applications they received for the courses. According to estimates, Al-Khidmat received around 55,000 applications nationwide, out of which around 50,000 participants were present to take the test. The foundation made arrangements for the Test at Bagh-e-Jinnah Karachi on Wednesday.

The Jammat-e-Islami chief Hafiz Naeem ur Rehman addressed the participants before commencing the test. During his speech, he said that Karachi’s youth has always been a part of and played a role in the better future of the country. Now is the time to upscale the skills of Karachites and make Karachi the future IT hub for the whole world. Moreover, he promised to build an IT university in the city if people elected him as the head of the country.

The biggest aptitude test will filter out only the eligible candidates from such an enormous amount of applications nationwide. The results of the test are yet to be announced.