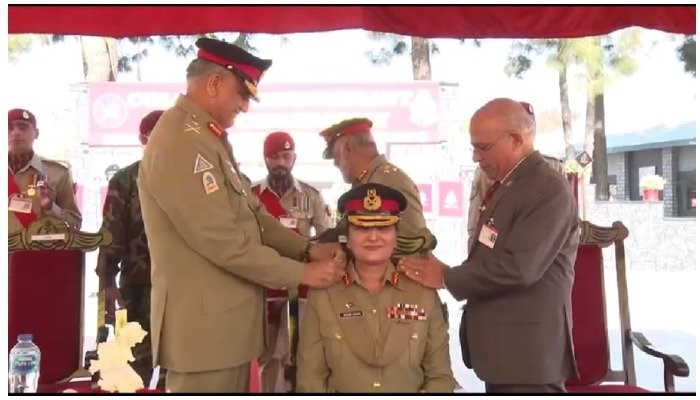 Lieutenant General Nigar Johar Khan is a three-star general in Pakistan army. She is the very first and only female lieutenant general in the history of Pakistan. She belongs to a Pashtun family, born in 1965 (approximate), in a Panjpir village of Swabi district, Khyber Pakhtunkhwa. Her father named Qadir was an army colonel. She lost her parent and two younger sisters in a car accident. Her husband named Johar was an engineer in army, died in 2019 due to cancer.

Nigar accomplished her schooling from Presentation Girls High School in 1978 from Rawalpindi. In 1981 she joined Army Medical College (AMC) and graduated in 1985. Nigar passed out examination of College of Physicians and Surgeons Pakistan in 2010. She finalized her diploma in Advance Medical Administration from Armed forces Post Graduate Medical Institute in 2012. She fulfilled degree of Master of Public Health from same institute in 2015.

Lt General Nigar served as the deputy commandant of the Combined Military Hospital (CMH) Rawalpindi in 2015. She promoted to rank of major general on February 9 2017. After that she promoted to lieutenant general and appointed as Surgeon General of Pakistan Arm on June 30, 2020.

On Friday in Abbottabad, Chief of Army Staff (COAS) General Qamar Javed Bajwa pinned the badges of rank to her during his visit to the AMC Centre.

“Pakistan is my country and I was born here. I was raised here and I think there is no match to Pakistan to anywhere in the world. Think of all the Muslim countries, think of all those developing nations. This is the only country which has had female general officers. No one else,” said Nigar in one of her videos.

Also See: Pak Medical Graduates may not work in USA after 2024

Pakistan Drama Industry premiered a telefilm on her biography in which Mahira Khan portrayed Lt. General Nigar Johar Khan ‘Ak Hai Nigar’. The telefilm was on aired on 23 October 2021 on ARY Digital.