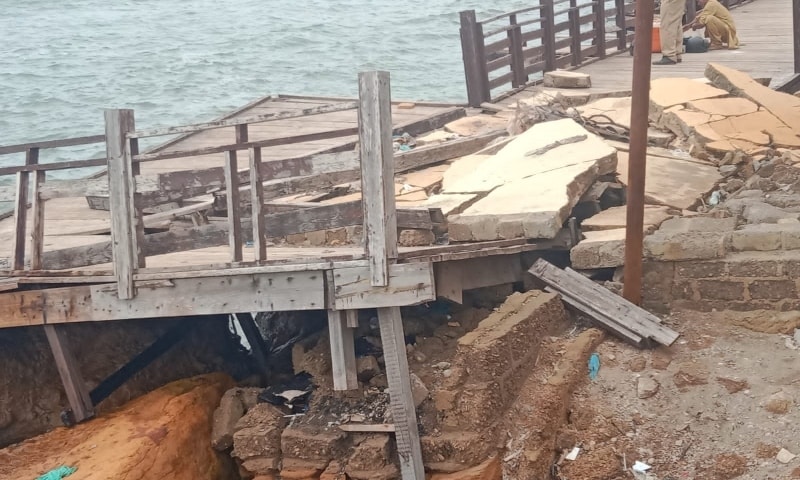 On Sunday July 31, 2022, the roof of a restaurant at Karachi’s Do Darya, a coastal district famous for its sunset viewpoints and terrace restaurants that overlook the Arabian Sea, collapsed as a result of heavy rains in the provincial capital.

On Sunday, there was an incident that took place when a wooden structure that was part of a restaurant collapsed into the sea due to a sudden gust of wind. The incident has also been documented in a video that has gone viral on social media, as well as a series of pictures. There is a video that shows restaurant workers struggling to remove the wooden structure from the ground as they attempt to pull it up.

Several people suffered minor injuries, according to reports. Some of the others fell into the deep ocean, but they were rescued within a short period of time. As a result of the rains, the foundation of the wooden shafts is deteriorating, and similar incidents are likely to occur in the future.

DC sealed 5 restaurants in the area of Do Darya

Moreover, the DC reported that an abandoned restaurant that had been closed for some time, and had been abandoned for quite some time, collapsed without causing any injuries to anyone.

“The DHA‘s engineering department evaluated the structural integrity of these five restaurants and sealed them,” said the DC.