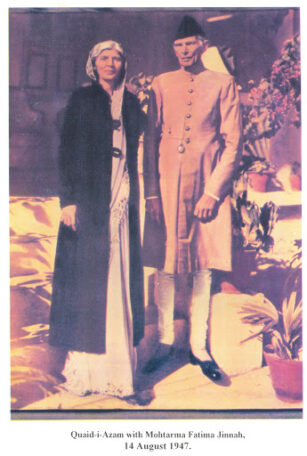 Pakistan celebrates 129th birthday of ‘Mader e Millat’ Mohtarma Fatima Jinnah, sister of Quaid e Azam Muhammad Ali Jinnah who became the first governor general of Pakistan. She was a great politician, dental surgeon and one of the leading founders of Pakistan.

Various organizations and institutions will arrange seminars, webinars, debates, speeches and conferences to pay tribute to her hard work in the movement of Pakistan.

Mohtarma Fatima Jinnah was born on July 31, 1893, in Karachi, was youngest among seven siblings. She was closest to her brother Muhammad Ali Jinnah who became his custodian after the death of their father, Poonja Jinnah in 1906.

Fatima was the the very first women of undivided India who completed her degree as dental surgeon. She completed her degree from Dr. R Ahmed Dental College after which she opened her clinic in 1923 in Bombay. Mohtarma Fatima Jinnah was married to Rattanbai Petit in 1918. After death of her husband in February, 1929 and after that Fatima Jinnah closed her clinic and came to Jinnah’s banglow.

Fatima Jinnah was the advisor of Quaid e Azam She play important role in movement of Pakistan. Fatima was truly supporting the two nation theory, opposing British Raj and leading member of All India Muslim League.

She co-founded ‘Pakistan Women’s Association’ which played principal role in the accommodation and development of migrants in newly formed country. She wrote a book ‘My Brother‘ in 19655 which was publish 32 years later in 1987.

In 1965, she participated in presidential election against military dictator Ayyub Khan. Due to the threats of opposition, she backed off by federation of political parties. For all that she won Karachi and Dhaka, two of largest Pakistan’s cities.

Fatima Jinnah died on 9 July, 1967 in Karachi. Her death became controversial that some reports claimed that she has died of some unusual cause. Jinnah’s family requested for investigation but government didn’t approve the request. About half million of the people attended her funeral in Karachi.

Her diligent in the Pakistan Movement and her devotion to her brother. Referred to as Māder-e Millat (“Mother of Pakistan”) and Khātūn-e Pākistān (“Lady of Pakistan”), many organization and public places in Pakistan have been named in her honor.