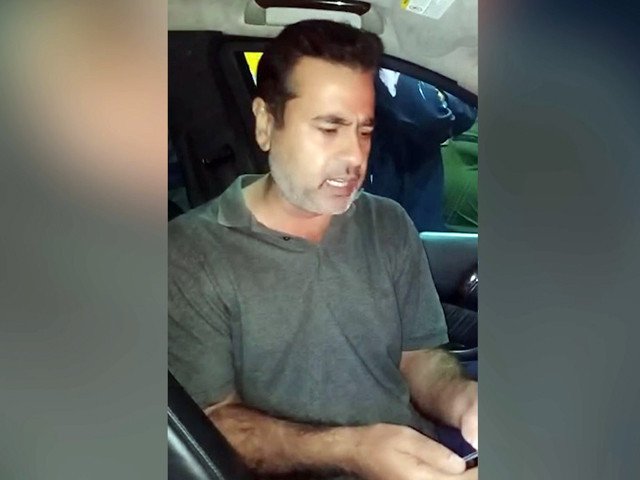 Defiant and Senior Journalist Imran Riaz Khan Arrested from Islamabad toll plaza. He is the most vocal critic of the ruling coalition. Even though the court has given him pre arrest bail still police arrested him. Netizens are making trend for Imran Riaz Khan.

Senior Journalist Imran Riaz Khan is currently working with Express-News. He has been charged in a number of instances that he claims are motivated by his reluctance to “stop telling the truth.” Court has given him a pre arrest bail. Still, police has arrested him at Islamabad Toll Plaza. Different FIRs are register against him. It includes abetment of mutiny and criticism of the state institutions.

His arrest video went viral on the Internet. As per reports, 15 SHO were there to arrest him. Punjab Police were there. Hilariously in Islamabad, Punjab Police SHOs were arresting a journalist. Police arrested him at the case lodged in Attock Police Station. They took him to the same district.

When Imran was giving arrested to the police he was shouting, ”Pakistan Zindabad.” In video Imran was saying he was coming to federal capital to get a bail from Islamabad High Court (IHC). “I don’t think this [arrest] makes any difference. I am requesting all journalists to raise your voice and continue performing your duties,” he said, adding that the arrest was a clear contempt of court.

“This is Islamabad’s jurisdiction where I am being arrested because Toll Plaza starts from here. Justice Athar Minallah [Chief Justice Islamabad High Court] has also granted me bail so in this situation this arrest is wrong. I have to appear in his court to get bail in the morning,” Imran Riaz Khan added.

Reaction from Netizens and Public of Pakistan

The people of Pakistan are standing against the present government of Pakistan. However, Netizens show big support to Journalist Imran Riaz Khan. The top trend in Pakistan of twitter is #WeStandWithImranRiaz. Whereas, few days ago Imran has also given a strong statement about his question against institutions. Netizens are claiming that behind this arrest there is establishment and also present government of Pakistan.

However, the Former Prime Minister of Pakistan, Imran Khan, has also shown condolences for Imran Riaz. However, exclaims that Pakistan is going under fascism. He also says that it is happening so our nation accepts the mega crooks of Imported Government. Imran Khan also asks the nation and especially the media to stand against this fascism.