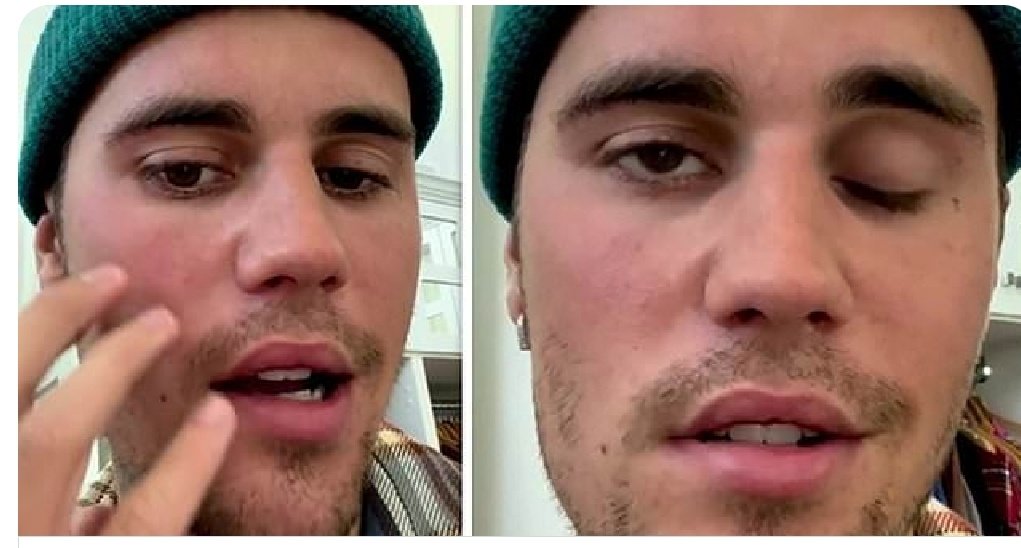 Canadian pop singer Justin Bieber is suffering from Ramsay Hunt Syndrome. His next three concerts are canceled due to this disease. His wife Hailey Bieber was diagnosed with a clot in the heart and brain earlier this year.

On June 10, Justin Bieber announced that his half-face is paralyzed. This sudden news shocks his entire fandom. Earlier this year, his wife Hailey Bieber recovered from a disease that causes a clot in her heart and brain. Now 28 years old pop singer is suffering from a fatal disease that is affecting his career in so many ways. Doctors are saying that he is suffering from the rarest disease Ramsay Hunt Syndrome.

Justin has a concert in Milwaukee on Friday, June 24, 2022. But due to his condition, all three shows are canceled. Tickets will be reimbursed to all the fans. In a recent YouTube video, he described all the symptoms and recovery from Ramsay Hunt Syndrome. Symptoms can include a painful rash inside the ear canal and outside the ear, at times attacking the tongue and roof of the mouth, as well as vertigo and tinnitus.

Ramsay Hunt syndrome is extremely rare. According to the US National Organization for Rare Disorders, only five people per 100,000 are estimated to contract it annually. For most cases, full recovery can occur within days or weeks, though some people can suffer permanent hearing loss and eye damage.

In the case of Justin, by facial exercises and medications, he is recovering fast. In a recent story on his Instagram handle, he told us all about his recovery. He thanked all the fans and well-wishers who prayed for him in this critical situation.

His wide, 25 years old Hailey Bieber is also a bright star in the industry. She is with him in all the situations. She expressed her feelings that she is happy that they both are with each other in difficult times. Furthermore, she also added, “He’s getting better every single day,”. “He’s feeling a lot better and it was just a very scary and random situation to happen but he’s going to be OK.”

The Canada-born singer is expecting to “get back to normal”, but he does not know how long it will take to recover. Fans from all over the world are praying for his speedy recovery.