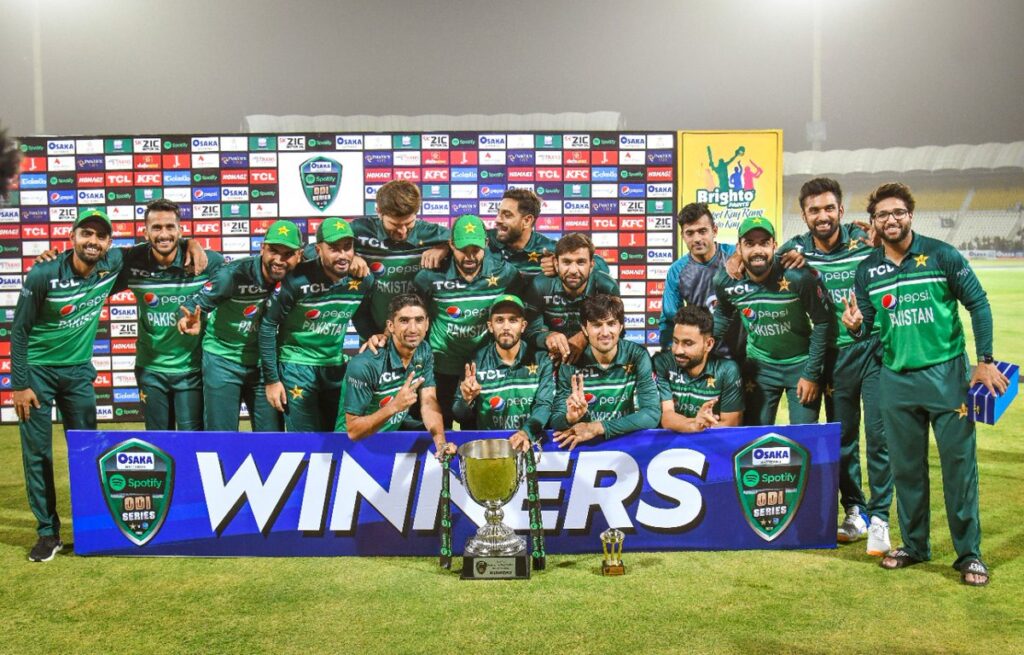 Pakistan hosted the West Indian cricket team for three one-day international matches. Hosts won by 3-0 and outplayed rivals in all aspects. This historic win helps them to reach the 4th spot the on charts while the west indies have to play qualifiers for the world cup.

Cricket comes home for Pakistan in the glorious Multan stadium this time, helping them to reach the 4th spot. People cheer both teams by attending all three matches at full capacity. West Indies came to complete the postpend tour of 2019, which was canceled due to an outbreak of a pandemic. Three one-day international matches were scheduled for both teams. Moreover, West indies brought a new captain Nicholas Pooran after Pollard took retirement recently.

Pakistan won all three ODIs with great team play and dedication. Captain Babar Azam once again proved himself as the most capable leader of the Pakistan cricket team. Shadab Khan was the star player of the series since he took wickets and he bat amazingly on the crucial stage in the last match. Muhammad Nawaz and Hassan Ali proved themselves as seasoned bowlers once again. Without any doubt, the team played like a team and brought home a winning cup with pride.

After the historic win, Pakistan grabbed the 4th spot on the men’s cricket ranking. This is their best ranking in the last 10 years. However, for West Indies, there is bad news. After reaching the 9th spot, they have to play qualifiers for playing in the world cup 2023.

Newly appointed West Indian Captain Nicholas Pooran grabbed attention for all right reasons. Before this series, he only played for a few balls only. But this series may be a game-changer for him. He destroyed the top batting order of Pakistan single-handedly in the last match. He took four crucial wickets at the right time. This achievement makes him famous in no time, social media flooded with appreciating memes over him.

After playing high voltage matches. West Indian team returned to their homes today. Now fans will wait for another high-octane series to come and get a chance to see some cricket actions in the stadium.